A few months ago, my three year old was outgrowing her crib. My idea of “cut out some of the bars so her feet can hang out and it’ll last her until high school,” didn’t gain any traction with my family, so it was time to get a bed.

I settled on the Delta Children Abby Toddler Bed, which came in a giant box, requiring some pretty easy assembly.

I had two options here – I could assemble the bed and surprise my daughter with it, or, I could avoid the potential “I don’t like it, I want my crib!” and give her ownership of the bed. I went for ownership – It was the smarter move. Here’s why, and here’s why ownership should be a major force in your customer marketing plans.

I put together about 85% of the bed before she got home from summer camp, so when she walked in, there were only about four screws left to screw, and the mattress to put on. As soon as she walked through the door, she saw the bed, and was confused as to why it was in the living room. 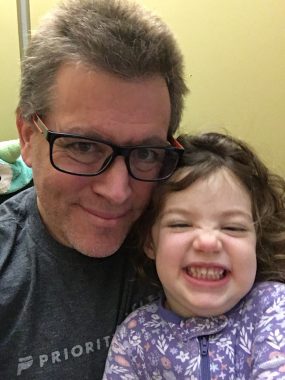 A well-rested child makes for a happy father.

“Well,” I told her, “the bed isn’t done yet, it’s not ready for you to sleep in. But you can help daddy make it ready, if you want, that way you can sleep in it tonight!”

Her eyes lit up – she immediately took ownership of the bed – In fact, as we screwed in those final four screws, she used the term “my bed,” for the first time, as opposed to “the big-girl bed,” which we’d been calling it to differentiate it from her crib.

Once it was done and carried to her room, she was over the moon. Of course, anyone who visited for the next month had to see “her” bed, as well as learn the story of how she helped put it together.

(A brief word on the bed, it’s spectacular – Solid, secure, well built, and my daughter absolutely loves sleeping on it. Can’t say enough good things about it – If you’re making the switch from crib to bed, this one is a clear winner…)

Anyhow, what does this have to do with customer service? Well, it reminded me of when I used to run HARO. Every month or so, I’d post a one-question survey to the list, asking people if we should do A or B, usually involving design, or how the emails arrived.

The majority always ruled, and we’d email everyone who voted, and let them know what we were doing. We did the survey on a Friday, and spent the weekend emailing. By Monday, we’d made the change, and people saw it that day. You know what happened then?

They saw their changes implemented. They felt invested. They felt like they mattered to HARO, and that made HARO matter that much more to them. They’d tell more people about it, sharing what I’d made with the world. (Remember, HARO never spent penny one on advertising when I ran it.)

Never forget how important customer investment is in your business. Not financial, but personal. That matters so much more, because a personal investment in a company, a customer’s belief that their opinion really matters, will bring you tons of new customers.

Or, in my case, a happy three-year-old, with many lovely nights of sleep ahead of her.

Full disclosure statement: Delta sent me the bed in exchange for an unbiased review. My opinions and thoughts on the bed are entirely my own, and Delta in no way influenced my words above.