I love you. Unless you’re an entitled jerk. Then I hate you.

I’m essentially Dug, the dog from the movie Up, and not just because of my ADHD. If I’ve just met you, chances are really good that I’ll go out of my way to help you. As Dug says in the film, “I just met you, and I love you!”

Unless you’re one of the eight people currently traveling with me on Amtrak 2154 to Boston who felt the need to literally push past the conductor of the train who, when the train arrived in NYC, asked passengers to wait until all departing passengers had gotten off the train. About halfway through, eight people, led by a short woman in her fifties with a perma-scowl, pushed past the conductor, pushed past the people still trying to get off the train, all in an effort to snag one of the coveted single seats on the Acela. 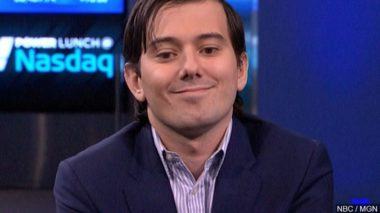 Posterboy for the Entitled Jerks

You’re entitled jerks, and I hate you. You don’t deserve to breathe the same air as the rest of us. Grow up.

But – To the rest of us – The ones who are caring, decent people, who believe in doing good things, I have some good news: As long as a small subset of our world continues to be entitled jerks, this is actually a huge win for us. Because we don’t have to go super-out-of-our-way to be amazing. All we have to do is be slightly better than the rest of the world, and we’ll win all the things.

And considering that the horrible bar is set so low thanks to the short woman with the perma-scowl, all we have to do is smile once in a while, and we, by the simple action of being alive, will make the world a much better place.

Don’t give into the entitled. I promise you, in the end, they won’t win.

And if by some chance, any of the eight entitled jerks happen to be reading this, I’m on the train for the next three hours. I encourage you to come find me. Let’s have a discussion.

PS: Early bird tickets are live for our June all-day ShankMinds conference in NYC. This is the least expensive that ShankMinds NYC tickets are ever going to be, and they include an in-person coffee with me the day before the conference! We’ve already announced our first keynote, a 30-year retired Marine Sergeant Major, who’s going to give a talk about finding your self-discipline. This is 100% required listening for entrepreneurs! These tickets are going to sell out super-fast – You need to be here!