Four Ways to be Passive-Aggressively Helpful

Let’s face it… Sometimes, being passive aggressive is totally and completely justifiable. Every once in a while, we come across idiots. Most of the time, they don’t even know they’re being idiots. But they are. They haven’t a clue how to act in public, and as such, make the rest of us miserable simply because they exist on the same planet as us.

Our options are limited. We can get angry or up in their face, but that usually doesn’t solve anything, and more often than not lands us at the star of a shaky, vertically-filmed phone video with someone in the background shouting “WORLDSTAR!” So that’s out.

But if we ignore it, it can drive us mad, and possibly ruin our day.

With that, I present to you a few ways to channel your anger into actually helping someone become a better person. The best part about these ways is that you’re actually being wonderfully passive aggressive, but since it comes across as helping, your target really can’t call you out on it.

And yes, I’m fully aware that it’s petty and childish. But you know what? Sometimes, that’s what you need to do.

This seems to be happening more and more lately. The person across from you on your morning commute, or in the airport lounge, or wherever, decides that it’s perfectly OK to watch last night’s baseball game, or a rerun of Sabado Gigante at full volume on his phone. If you tell him to turn it down, you risk a confrontation. I discovered a secret – It’s the cornerstone of being passive aggressively helpful!

I found a bulk 100-pack of cheap headphones on Amazon. I carry five or six in my bag at any given time. When faced with the jerk who thinks he’s in his living room, I simply pull a fresh pair of headphones out of my bag and offer them to the offender. “Hey, figure you lost your headphones. On behalf of the entire subway car, take these, and pay the good deed forward.” The offender is usually shocked, but almost always winds up thanking me, and that’s the key: Get thanked for being passive aggressively nice.

2) The Angry For No Reason Guy

We’ve all met this guy (or girl.) He’s yelling at the gate agent, or screaming at the barista for not hearing his coffee order. She’s the one saying “Well, the last employee was able to do this for me, I’d like to speak to your manager.”

In this case, I automatically assume that Mr. or Mrs. Angry simply has low blood sugar. Chances are, it’s because they’re just not a decent person, but there’s no cure for that. However, there is a cure for low blood sugar. Much like the commercial says, “have a snickers.” Again, back to Amazon: Five pounds of bite-size snickers? $49 bucks.

You all remember my eight dollar flight upgrade trick, right? This one is just as good:

“You look like you could use a Snickers. I hope your day gets better,” is all you have to say. It shuts them up INSTANTLY, and even more beneficial, it occasionally makes them realize exactly how big of a dillhole they’re being, and they learn a thing or two. Not always, but occasionally. 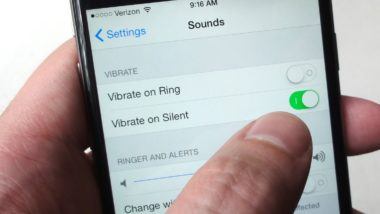 This one is fun, if not a little childish. But let’s be honest – Everything in this post is childish. If you have an iPhone, and if they have an iPhone, simply keep a copy of this picture on your phone. When you spot the continually-dinging offender, open the photo to the left that you’ve saved, and go to “AirDrop.” If they have AirDrop enabled, you can send it right to their phone, and even if they don’t accept it, they’ll still see the preview! As long as your phone isn’t named “your name,” they’ll never know who sent it. Chances are, it’ll make them silence their phones immediately.

We’ve all been there. 30 minutes before our flight, and we’re down to 10% on our phones. There’s an outlet on the wall, but there’s some idiot there, plugging in his laptop, phone, cordless shaver, and digital blackhead squeezer, taking up all four plugs. Not cool, dude.

The answer is quite simple: Unplug all of his devices, and plug in your travel octopus plug, then plug yours and his back in. Everyone wins, and you’ve shamed him just a little bit while being nice in the process.

There you go. Some passive aggressive helpfulness to brighten your day. And yes, again, I know all of these are childish. Sometimes, childish is exactly what you need in life. Deal with it.

PS: We certainly won’t be passive aggressive at ShankMinds: NYC, taking place this June! It’s the one entrepreneurial conference this year that you simply can’t miss! But hurry up – Tickets are over half sold out!