Five Rules An Entrepreneur Should Learn from Professional Assassins

When you’re an entrepreneur who flies 300,000 miles per year, you do one of three things on a plane: Work, sleep, or watch movies. I don’t sleep on planes, so for me, it’s all about working and then watching a movie. And as I caught up on [amazon_textlink asin=’B01MUZ1MIA’ text=’John Wick 2′ template=’ProductLink’ store=’shankmancom-auto-20′ marketplace=’US’ link_id=’5360cb41-707b-11e7-b57b-5b11a0f91e08′] on my flight this morning from Marrakech to Lisbon, I realized something:

All professional assassins (at least as portrayed by Hollywood) share five traits that keep them alive, and those same five traits can improve your life as an entrepreneur.

Lesson One: Assassins are prepared for any and every eventuality. 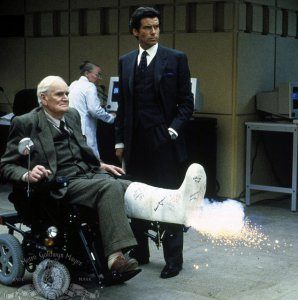 Great assassins, without question, are always prepared. Of course, no one can prepare for being double-crossed by a trusted partner, like what Alec Trevelyan (Sean Bean) did to James Bond (Pierce Brosnan) in Goldeneye, but by and large, being prepared separates a good assassin from a dead assassin. Movies dedicate serious film minutes to show the characters getting prepared for any eventuality, and it’s no wonder that companies pay a ton of money to be featured in the “getting ready” scenes between Q and James Bond.

As an entrepreneur, this means doing your homework religiously before any meeting you take, making sure you have an answer to any question, (and if you don’t, getting back to the asker as soon as you do,) always being early, and yes, even little things, like always having an extra pen.

2) Having the latest tech is great, but more important is keeping the tech you currently have in top condition. Sure, it might be nice to have access to the absolute latest in technology, like John Wick does when he arrives in Rome, but it’s not always necessary – If you keep your iPhone 6 in good condition, keep it clean (inside and out,) make sure you’re not hogging file space for unnecessary things, etc,. you don’t need to drop $1,000 on a new unlocked iPhone 8. Remember the first question Jason Bourne (Matt Damon) asked Marie (Franke Potente) when they agreed to drive across Europe together in The Bourne Identity? He asked if she kept her old car in good repair – if she changed the oil, rotated the tires, etc. Later on, when the going got tough, Bourne was able to drive them both to safety using a car that most definitely wasn’t designed for evasive maneuvers.

Sure, new tech is cool, but you know what’s cooler? Giving yourself another week of financial runway because your current iWhatever still works great, and you don’t waste money upgrading simply because you can.

Lesson three: Assassins prioritize self-care, and they take pride in their appearance 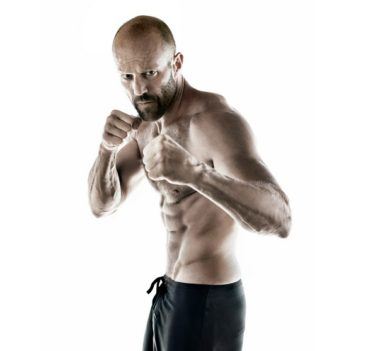 Whether it’s Jason Bourne (The Bourne Identity) working out religiously, Chev Chelios (Crank) being able to survive an entire day with the Beijing Cocktail poison in his system, or even James Bond imperceptibly fixing his tie after being shot at, a great assassin knows that to operate your best, you need to look and feel your best. Show me a fat, out of shape assassin who eats like crap, and I’ll show you a movie that never became a franchise.

I don’t care how many times you’ve been an entrepreneur, you will always be your own longest relationship, as well as your most important commitment. Working 60 hours straight without sleep isn’t a badge of honor, it’s a mark of stupidity, and a sign to me as an investor that you might be a potential liability to your company. Get enough sleep, try and exercise daily, limit your alcohol intake, and go easy on the pizza deliveries. Added bonus: Studies show that attractive, healthy CEOs tend to boost their company’s bottom line, as well.

While almost every great movie assassin has a personal story behind why they do what they do, (Martin Blank (Grosse Pointe Blank) was a loner who got recruited out of the army, John Wick had his wife and dog killed, etc.) they always try and maintain a balance between personal and professional. 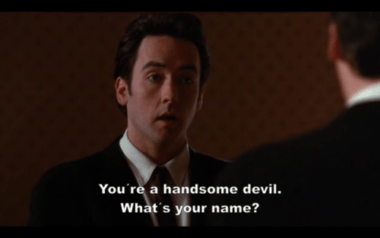 In other words, their personal reasons might be driving what they do, but their professionalism shows through first and foremost. They never make bad decisions out of anger, they follow the plan they’ve laid out for themselves, and they make sure that they’re constantly checking themselves to see if they’re missing anything. To put it another way, they’re letting their skills, their professionalism, and their training guide them in completing their task, even if the reason for the task is a personal one.

The best entrepreneurs, just like the best assassins, know that while a personal desire to do great things drives them, the professional side is the one that needs to be in charge, make the big decisions, and not be blinded by anger, jealousy, or social media trolls. In some cases, (mine, for instance,) there was a time where my assistant wouldn’t actually let me post anything if she heard me typing angrily. (“With purpose,” she’d call it.)

Lesson Five: Have someone you can trust with your life at all times

Ethan Hunt (Tom Cruise in Mission: Impossible) has the IMF, Leon (Jean Reno in The Professional) had Mathilda, even The Expendibles have each other. They know that “guts will get you so far, then they’ll get you killed.” (Harry, Speed) The point is, all good assassins have at least one person on whom they can rely, even if they rarely reach out to them. Almost never is an assassin strictly, 100% on his or her own, no matter how much of a lonely life it appears they lead.

Entrepreneurship is a lonely road. I speak about this often – Without a team on whom you can fall back, even if just for them to tell you you’re not going completely crazy, you’ll fail, guaranteed. Find a group. Find a mastermind. Find a person or a group of people on whom you can rely, who will help you when you need it.

In the end, the best assassins and the best entrepreneurs know that preparedness, adaptability, and responsiveness, coupled with self-preservation and someone in your corner are the keys to survival, whether you’re killing people, or killing an old way of thinking with a brand new startup.