How to Wake Up Early (And why it’s so important)

UPDATED! – I originally posted about how to wake up early back in 2011. It’s been one of my most popular posts ever since, so I figure it’s time to update it with new stats, new ideas, and new reasons why you need to wake up early! Also, I’ve discovered that the majority of people who, like me, are Faster Than Normal, are also early risers!

By now, most of you know that I’m a super-early riser. Like, ridiculously early, around 3:30am. If you do some homework on the subject, you’ll find that many successful CEOs are, as well. It’s simply ingrained into us – If we want to be successful, we need to be working when others are not. To do that, we embrace the early – We wake up early, and we’re better for it. It’s like the classic running quote: “Somewhere, right now, someone is training while you are not. When you race him, he will win.”

So I get up early because I believe it’s worth it. I think, if you give it a try for more than a day, you will, too. Here’s some of the benefits you can get from doing it, and as a bonus, here’s how to actually do it!

Top ten reasons to get up early every day:

10) Learn! You can browse seven websites in a row (news, news, gossip, financial, gossip, sports, weather) without being interrupted by one email. You’re now smarter for your entire day.

9) This early, it really IS all about you. You get a few minutes (or more!) of pure “you” time. For me, it’s waking up, drinking a cup of coffee, and either getting to the gym, or getting my day ready. While I’m doing that, I can pet NASA the Wonder-cat, and not in just a “scratch behind the ears once because I’m late” way. I can sit with him as I drink my first cup of coffee and enjoy the calming effect that a pet has on me. My daughter is still sleeping, I own the world. I have no doubt this helps to set my mood for the day. Finally, on days when the daughter is at my apartment, I can hop on my bike trainer for an hour or two in my bedroom, long before she wakes up. Who says you can’t find the time for a workout when you have a young kid?

8) We’re not as big as we think we are. I can watch the sunrise. We take certain things for granted. Light, air, clouds, etc. Get up one morning and actually watch the sky turn from dark to light. It’s amazing. It changes your entire perspective from how big we are to how small we are when you realize that we’re nothing in the universe, just starstuff on a much, much bigger plane. That affects how you think, and changes for the better how you look at things.

7) You’re automatically early. Getting up even a half hour early eliminates the “rush” that comes with leaving the house in the morning. Get up early, and you’re calmer. You remember everything you need to take. You walk out without being stressed. This leads to a calmer day. Also, studies have shown that being on time is one thing that good leaders master, as well as demand. Want to be on time? Get up earlier.

6) Eat! Getting up early lets you have breakfast, which, as trite as it sounds, really is the most important meal of the day! Before you go to sleep, set out a bowl, a spoon, and a pot. When you wake up, pour some whole-grain oats and water into said pot and turn on the flame. Make your coffee and pet your cats or watch your sunrise. The oats will be done in 10 minutes. Add some fruit or whatever you like – I’m a fan of just a touch of butter and some salt. Eat your oats, and feel the sustained energy kicking into your system. Throw in two hard boiled egg-whites for protein as a side dish. (One if you don’t exercise.) Don’t eat carbs? Make it all about the eggs – An omelet, with cheese and spinach takes about five minutes to make, once you get the routine down.

5) Speaking of exercise… When I was training for my Ironman, there were days I had to do 100 mile bike rides. Most people get up at 6, and are biking by 6:30. The problem is, that means most people are in the park/on the roads at the same time. I got up at 3am, and was in Central Park by 3:30am. I got to ride for three hours, by myself, with no distractions. I owned Central Park for three hours! Getting up early and exercising, whether at the gym or by yourself, puts you in a very small, yet very powerful group of people. Get up, get it done, and get on with your day. Come on – You know you’re not gonna go to the gym after work, and now you don’t have to! One additional suggestion – If you’re exercising early, do it in places where you won’t get ticketed for doing it.

4) Easier commute! I don’t have a commute, but for years growing up, I did. My parents and I would ride together into the city when I went to high school, and we were always on the road by 6:20am. At 6:20am, we’d be in Manhattan in 10 minutes. If we left even 20 minutes later, at 6:40, the trip would take an hour. Get up early, get to the office, and your commute is done before traffic goes to hell. Easiest commute ever.

3) Be a power player. Be a market maker. Want to know who the real power players are in the business world? Try scheduling 7am breakfasts with them. I’ve been at 7am breakfasts with some of the biggest and most powerful CEOs in the world – Why? Because they know that the demanding schedule they have won’t allow for lunches. What did Gordon Gekko say? “Lunch? Aw come on, Marty. Lunch is for wimps!” He was right. Want to meet with the power-players? Egg-white omelet and coffee at 7am at the Plaza.

2) Do something you “never have the time for.” When do you think I write a lot of these blog posts? When do you think I answer a ton of emails? Review new software? Write my book? Yup. While you’re still sleeping. I wake up earlier than you. We all have the same 24 hours in a day. It’s how we use them that matters. 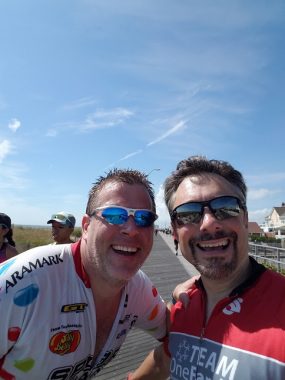 1) Change the world. The number one reason to get up super-early? 30 minutes can change the world. Getting up early each day can truly make all the difference in your life. Imagine getting up early and just doing a few of the things listed above. Would you be more productive? Make more money? Reach more people? Get more deals done? I bet you would. I guarantee you: Wake up early, and that’ll happen. Ask anyone in my private entrepreneur group: They all get up ridiculously early, and they’re all ridiculously successful. It’s all connected.

Bonus: Find that one person as crazy as you! My friend David and I run together at 3am at least once a week. Why? We can do long runs together without affecting our day, since we’re done by 5:30am, and knowing the other person is waiting keeps both of us honest. We don’t back out.

Top Six ways to make sure you wake up early.

6)  Automate! I’ve set up my entire apartment so that my lights, alarms, heat, etc., are all controlled by Amazon Echo. Thanks to Sylvania by LEDVANCE, my lights come on automatically, long before my alarm goes off. Waking up to light is so much better than waking up to the jolt of an alarm. Additionally, as a backup, I use the WiThings Aura light-alarm, which slowly brings up light to wake me up if I happen to sleep through my entire apartment getting bright, too.

5) Drink! Keep a giant glass of water by the bed. As soon as the alarm goes off, BEFORE YOU SHUT IT OFF, drink the entire glass of water. Water is the most awesome tool for your body to wake up early ever invented. Drink the water, it opens up brain cells, rejuvenates your eyes, allows you to come out of sleep. Drink water!!

4) Feed Something! Get a pet. Seriously. Feed the pet ONE DAMN TIME at 5am, and you’ll never sleep through 5am again for the entire life of the pet. Trust me on this.

3) There is no try. Don’t think, just do. It’s amazing what we can rationalize at 5am. “Oh, I’ll just sleep for an extra hour, then do the treadmill at double the speed for half the time so I can still make it into the office. You know that’s BS, you know you’re not going to, and you know there will be no working out for you today. Don’t think. Just get your ass out of bed. Think later. (Going back to step 5 – Once the lights are on and you’re up, you’re up. Automate!) Wake up early, less to think about – Added bonus.

2) Get out! Your bed is for sleeping and sex. Once you’re awake, get your ass out of it. Go to the kitchen for your coffee. Go to the living room or your home office for your computer (see #10 above.) You’ve slept. Now get out of the bedroom.

1) Sleep! Hands down, the number one way to wake up early? Get to sleep earlier. I know, I’m blaspheming here. How dare I waste a perfectly good night where I could go out and be a drunken idiot, or go to a boring party? End result, I LIKE going to sleep earlier because I know what it’s going to do for me on the flip-side. I still go out, but I limit it. Remember when you were a kid, and your parents made you go to sleep early on a school-night? There’s a reason for that. Go to sleep earlier. Countless studies have been conducted showing that lack of sleep is hurting us, causing us to lose money, hell, even making us ugly! – Chances are, not sleeping enough is the root of a lot of your problems.

Bonus: Even remotely overweight? Got sinus issues? Always feeling tired? They might be connected. Learn about sleep apnea, and see if you have it. Turns out, I had massive sleep apnea – to the point where it was actually raising my blood pressure. Losing weight is the best thing you can do for it, but there’s a host of other things you might want to check out. Once I mastered the ability to wake up early, the weight started coming off, and the apnea went away.

When I link to things, I occasionally use affiliate links. Any revenue generated from those links goes to support local no-kill animal shelters in New York City, because it’s the right thing to do. Additionally, I wake up earlier than most of the animals at those shelters.