What protects you from your unexpected darkness? (Warning: Personal post)

So I’m on a plane headed from Vegas back to my home in NYC. When I get there, I’m going to hug my wife and my one-year-old daughter extra hard. I’m probably going to wake up my daughter, and then spend the next hour trying to get her to go back to sleep. And that’ll be ok.

See, I got some news today about one of my closest friends from high school. The news wasn’t good. In fact, it was beyond horrible. And it made me stop and think, as I sit on this plane, headed to NYC.

When the shit hits the fan, where do you turn?

I know a guy who turns to Crossfit when the shit hits the fan. I know a woman, a good friend of mine, she turns to real estate. Yup. Every house she’s bought and flipped came about because she needed to go to a safe place. Her safe place was buying homes. And that’s cool.

I know way too many people, hell…. WAY too many people, who, when the shit hits the fan, turn to drugs or alcohol. Uppers, downers, prescriptions, or little baggies delivered by guys who just fade into the background. And that’s ok. It’s not the best decision, but I understand why they go down that road. To quote the movie Wall Street, “We’re all just one trade away from humility, Bud.”

I know people who turn to their faith – The go to Church, or Temple, or a Mosque, and they pray to a higher power as they perceive him or her or it to be. And that’s cool, too. When my Grandma passed away in 2008, the Garment Center Synagogue saved me – every morning for a year, surrounded by everyone else at least 2x my age, all trying to set me up with their nice Jewish daughters, in between their stolen glances at their iPhones or Blackberries. It’s the Garment Center Synagogue, after all – A Tuesday morning means everyone in the “schmata business” is doing their thing… But they were there. And they were to who I turned when the only grandparent I ever really knew well passed on. I relearned Hebrew for my Grandma after she died, because that’s what I needed to do.

Some people take flight. I know friends who are “location agnostic.” That means they can work from anywhere, and they travel around the world, finding their next home for as long as they want to call it that. And those who do it from a pure heart of discovery, well, more power to them. But those who run away because they can’t handle what they’re running from… Well, they’re in the same boat as I am right now. Don’t think I haven’t thought of doing that in the past… Ryan Bingham – George Clooney’s character in “Up in the Air…” My best friend Ty and I had COUNTLESS late night talks about being that guy with no ties. “All the things you probably hate about travelling -the recycled air, the artificial lighting, the digital juice dispensers, the cheap sushi – are warm reminders that I’m home.” 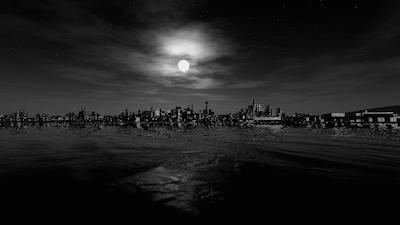 So I find myself in an interesting place right now. I know that it would take almost nothing for me to run back to that which could be detrimental to me. For all of you who think “wow, Peter is so ADHD, and it makes him so creative, and there’s no downside, and I wish I was him, let me disabuse you of that line of thinking right now: The plus side of ADHD is that you tend to not fear the results of things – You just do it and see what happens. But… The downside of being ADHD and being “Ooh, let’s do this, then let’s do this,” is that you tend to act first, think second. So I’m sitting here on this flight, enjoying my “you travel a shit-ton” upgrade to the front of the plane, but I know that to me it means only two things: A bigger seat, and free alcohol. So I’m going out of my way to avoid the second, because it would be way too easy to make that my escape – to make that what “protects me.
Instead, I’m writing this. I’m being cathartic. I’m trying to do the right thing. I pulled up the “Two Cathedrals” episode of The West Wing, and watched that before I wrote this. It destroyed me. I cried my eyes out. To the person in seat 1B, sorry. I have no doubt how uncomfortable it must have been for you when I bawled my eyes out when Mrs. Laningham came in and told Jeb “If you don’t want to run because you’re afraid you won’t win, then heck, Jeb, I don’t want to know you. God, that show was amazing.

And now I’m listening to “Brothers in Arms,” by Dire Straits. It’s the song that played during the final six minutes of that episode, which was the finale of season two, when President Bartlett had to go before the press conference and the world, and announce whether he was going to seek a second term after it went public that he had MS.

“Through these fields of destruction, baptisms of fire… I’ve witnessed your suffering, as the battle waged higher…”

When your shit hits the fan, what do you do? Do you have a plan? What is it? Is it healthy or is it destructive? Do you know the difference? When your world turns upside down, will you be able to do that which saves you, or that which dooms you?

I’m thankful to this day that I had Kira, Meagan, and my mom and dad with me when I had to say goodbye to my girl Karma. If you’ve never been fortunate enough to be chosen by a homeless pet, you don’t know what I mean, but thanks to having a support network with me when MY shit hit the fan, a hangover from 3/4ths of a bottle of Patron and five solid hours of pure bawling was the only repercussions I had to deal with the next morning.

I will NEVER begrudge anyone their own way of handling themselves when their shit hits the fan. All I’ll do now is ask you this one question:

When did Noah start building the ark? Before it started raining.

My friends, if you don’t have a solid plan in place to protect you when your own darkness hits, I beg of you: Come up with one, and have it ready. HEAR ME: You’re valuable to so many people, and you never know when your own darkness might be too much for you to handle. Make sure you have a plan in place, along with people willing to listen, so that when the bad news you were least expecting hits, you’re protected. And if you don’t, and the bad news hits, I’ll listen. Email me. Call me. Get in touch. We’re all on this rock together.

Hey N: May God watch over you and your family, my friend. You’re always in my thoughts.