Thoughts on the new Facebook Timeline you probably haven&#039;t even seen yet…

I woke up on a random morning last week and did what I always do – Fed the cat, made coffee, stumbled towards the shower, and eventually, sat down at my desk, and launched Chrome with the five tabs I’ve programmed to open at startup.

Two of those tabs are Facebook. Facebook.com, and my (I hate this term) “like page.” I go through the people in my network, then look at any posts or comments on the “like page,” and respond accordingly. This is a daily thing. I do it every morning, whenever morning happens to fall in the part of the world I’m currently in.

This morning, though, something was different. I’d been invited to try Facebook’s new “Timeline” profile. This meant that not only did I get to see the thing they’d done this whole press conference for (hey FB, take a tip from Apple, bring Zuck on immediately, let him do his thing, and move on, the 30 minute anti-buildup didn’t help anything) but I got to see it as it would affect me personally. And for as much as I like tweeting funny, sarcastic comments during FB press conferences, I’ve got to say this: The Facebook Timeline will radically change the way you use Facebook, and the way you think about “time” as a concept.

Now before you dismiss me as a Facebook fanboy, know that I’m not. FB has done some stupid stuff in the past, (anyone remember “Beacon?”) and I’m the first to call them out on it. That’s why their Timeline is going to be so interesting. Note that I didn’t say “revolutionary,” because as cool as it is, let’s face it – it’s still just something in Facebook. It’s not discovering Einstein might have been wrong or anything.) But it’s still quite interesting.

But, think back – That’s not why we used to log on. We used to log on to Facebook because it was cool to find out what our friends, family, and colleagues were doing, and what they thought was interesting. Lately, though, doesn’t it kinda feel like an obligation?

So last week, I checked out my profile as a timeline, and the first thing I saw was a link to “Born.” I clicked on it, and sure enough, it went back to August 6th, 19-cough, cough, and asked if I’d like to add a photo. “But Facebook wasn’t around when I was born! Why would it have a link to that,” I asked.

And then it hit me – This wasn’t about Facebook – This was about our lives. This was about a company figuring out a way for us to put our entire lives online, regardless of when we became a part of Facebook. Rather, Facebook was offering us a place to store our entire lives, from beginning to now, to the eventual end. When we became “digital” is irrelevant, we can simply add more data later. Think about it: Would we ever post the photo our parents took of us at one day old for the heck of it? Of course not. But if Facebook gives us a link on our timeline called “born,” and asks us to fill in the relevant media, chances are, we just might. 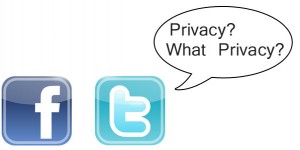 There’s a lot more about the Timeline I can share, but for now, I wont. Rather, I’ll just say this – I know that we love to complain about new changes in Facebook because, well, that’s one of those things we just love to do. But don’t. And don’t bring up the whole “Well, they can now advertise to us with even more clarity and pinpoint relevancy!” argument. Yes, they can. And that’s why Facebook is free. And the better it is for advertisers, the better it’ll actually be for you – the ads you DO see will actually be worth your while! How about that! Ads that can actually improve your lives! That, my friends, is not a bad thing, despite our overwhelming desire to automatically say it is.

If anything, the new changes, as well as Facebook’s new “frictionless sharing,” will teach us to be much more careful about what we do online. This is NOT a bad thing, at ALL. This is actually a GOOD thing, and can prevent future Congressman Weiner outbreaks by making us all smarter, collectively.

Also, 99.9% of the world won’t see these changes as a bad thing, and they won’t care that they’re giving up more privacy. Why? Because Facebook has done an amazing job of making convenience matter more than lack of privacy. They’ve always been good at that, and that’s why they continue to win. Remember that crowd-funded company that wanted to compete with Facebook last year? What ever happened to them? I don’t even remember their name.

So, in the next week or so, when the new Timelines populate into your profiles, give them a shot – Take a look, and try to look past the changes you see on the screen, and imagine what these changes mean for the future. Learn to be more aware of what you post, and realize that privacy died 30 years ago – Some of us just happen to be noticing it now.

As far as I’m concerned, the future of Facebook is pretty damn exciting.