It’s the morning of day two of the Huawei Global Mobile Broadband Forum here in London, and something occurred to me this morning as I was sweating my way through the streets of London on a run before the day began:

The primary focus of this conference has been around the new world of 5G technology, under the headline of “mobile reshapes the world.” The concept is that 5G mobile technology will allow for faster data transfer to and from all devices in the world, with virtually zero lag. Imagine playing virtual reality games, wirelessly, in complete real time.

Walking around the floor of the summit yesterday, I realized that some of the coolest tech being showcased wasn’t entirely from Huawei, but from their partners, as well. This is important, because under the premise of a rising tide raising all boats, Huawei spends billions over billions (with a b) on research and development, and then shares that research with their partners. The result? Huawei X Labs, Driving real business revenue and growth between the Huawei, the carriers, and the partners, turning ideas into opportunities – Creating advisory committees, special interest groups, and over 45 innovations already in process, including low altitude digital networks. (read: cool drone stuff.)

This is an employee-led initiative, one that encourages every single Huawei partner to join them to come up with the new 5G tech that’s going to power the future. 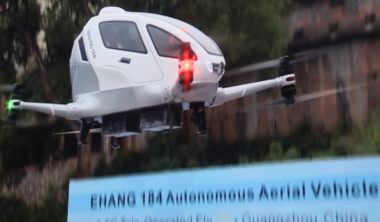 (Added bonus: If that’s not cool enough for you, here’s a “connected cow.” Yes. A connected cow. You’re welcome.)

That’s the mindset I’ve seen not only here at Huawei, but at almost every company I’ve studied who is considered to be “leading the pack,” whatever pack that might be.

There’s no question that companies  should welcome employees who get excited, companies should want employees to dream about the future. It’s only when employees are encouraged to think bigger by management that they can create new things and launch products and ideas that will become commonplace tomorrow.

Ryan Ding, the President of Huawei’s Wireless Carrier Group, was formerly the head of Huawei’s research and development arm. He said it best with the following stats: 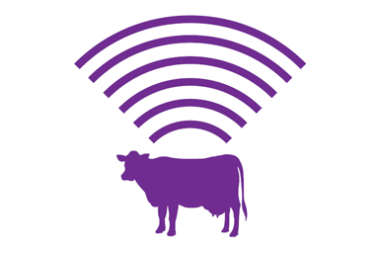 To put it another way, in 1998, I lived in a studio apartment in Manhattan that I chose specifically because the building had its own T3 line, and I allowed myself to think about how important broadband service was going to be. (Prior to that apartment, all my Internet activity was limited by the speed of my 56.6bps modem.) Think about this for a second: I chose where I was going to live not based on geographic location, not based on proximity to a subway, not even based on whether it was in a “cool” part of the city or not – Nope. Back in 1998, broadband access was very limited – but I hung out with some really smart people who let themselves dream about what super-fast Internet access could mean in the coming years. For the next two years at least, I had the fastest Internet of all of my friends, hands down. (Related: Five reasons you simply must become OK with change)

Could you have imagined, even just ten years ago, that’d we’d be now living in a “digital gigabit society?

Ask yourself: Are you encouraging your employees to dream about what’s coming down the road that has yet to be invented? Are you pushing them to act on those ideas, and rewarding them when they do? Are you allowing yourself to dream about how you’re going to take advantage of what’s coming next, as well as get involved and grow your company from whatever it is, even if it hasn’t been invented yet?

Only those companies who encourage their employees to dream about what the future holds, and to work under the premise of the benefits of those dreams, can truly succeed in the new economy.

The concept of dreaming to achieve business growth will be one of the main topics at the next ShankMinds Business Mastermind in NYC on January 24th. Why not join us and help shape the future?