Taking a meeting – The Right Way and the Wrong Way

I have a few rules I live by – Be nice to animals, without question. Never pet a llama unless given explicit permission. Always be 15 minutes early to any appointment. And always take the first meeting.

I’ve been doing this for years – If you ever want to meet me, simply ask for the meeting. I’ll give you ten minutes via Skype, FaceTime Google Hangouts, or even a Dunkin Donuts, if we’re in the same city. Sometimes my schedule might be such that we have our meeting as I’m walking to another appointment, but I always promise to give you my undivided attention for at least ten minutes, if you ever decide you want to meet with me. I believe it’s good karma, and hey, you never know what can come of that first meeting for all parties involved.

Now, it’s not like I’m Jed Bartlett, where ten minutes is this huge chunk of time – but everyone’s time is important in some capacity. And if someone is kind enough to give you ten minutes out of their day, the least you can do is make sure you’re ready to go.

I can’t tell you how many meetings I take where the person I’m meeting has torpedoed their chances of any good results, simply because of the most basic things. So I thought it might be good to talk about what they are, how to avoid them, and how to…

1) On time is late, 10 minutes early is on time. Let’s say our meeting is for 10am. I show up at 9:50 and get settled. I get a cup of coffee, get comfortable, get out a blank sheet of paper (or a new Evernote document,) and wait for you to arrive. 10am comes and goes, and you’re not here. I’m looking around, thinking maybe you’re at another table, nothing. 10:05, nothing. At 10:10am, I get an email from my assistant – You’re running fifteen minutes late, you’ll be there soon.

Are you freaking kidding me?! YOU asked for this meeting! I took time out of my day to meet with you, and you’re late?! Now, understand, I have a problem with lateness in general – I find it disrespectful, I find it lazy, and it tells me that no matter what idea, investment, or advisory opportunity you might bring to me, I’m going to have a really hard time taking it seriously, since you couldn’t even bother to be on time. And btw – I get that there are “train delays.” You know what? A lot of people know there might be train delays. You know what they do to prevent it from impacting them? They leave early, and when they arrive early, they find a quiet spot to get some work done until their meeting starts.

PS: Addendum to point 1: Having the technology to call someone and tell them you’re running late doesn’t give you the right to run late! (Tweet this!) Chances are, your mobile phone can do other things, as well – Like tell you there’s a subway delay or a traffic tie-up before you leave – Allowing you to leave earlier.

2) Google has a surprisingly large file on everyone. If you know you’re getting ten minutes with someone, wouldn’t you want to be armed with the latest information on that person? It sounds like such a great idea, right? If only there was a website where you could type in someone’s name, and learn all about what they’ve done, who they’ve worked with, what companies are in their portfolio, heck, even their cat’s name. Imagine if something like that existed? 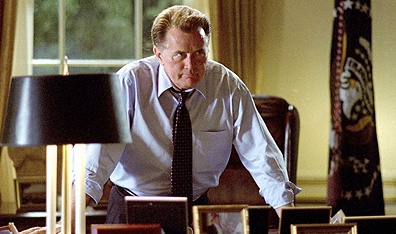 So yeah, it does. If you show up at a meeting and say something that tells me you haven’t bothered to do the most basic of homework, you’ve pretty much just shut yourself down. Example: I met with someone once who had an idea for a company that could parlay off the success of the GoPro Hero Camera. He brought a camera to show me, “in case I’d never seen one.” A basic Google search would tell him that not only was I the first skydiver to jump with a GoPro, but I’m also friends with Nicholas Woodman, the founder of GoPro. Heck, on my TWITTER BIO, it says that I’m a skydiver. Wouldn’t you think, as a skydiver, that I’ve probably heard of the GoPro camera? Google is your friend. Do your homework.

3) Have an agenda.  If you show up, and whip out a one-pager with four quick points, I’m going to love you. If that first point tells me that you did your homework before you sat down, I’m going to love you that much more. Having an agenda ready to go tells me that you not only value my time, but you value time as a whole, and that’s huge. Why? Because at the end of the day, the only thing we all have in common is time – We’re all given the exact same 24 hours each day. It’s how you use those 24 hours that determine how successful you’ll be. If the first six minutes of our ten minutes are you gathering your thoughts, or worse, saying “So, yeah, I don’t really have an agenda…” then we have a problem. You know when you meet someone without an agenda? Anytime but the first time you’re meeting with them.

4) You have ten minutes. Spending four of them name dropping won’t help your cause. I’m reminded of Scott Jordan, of the ScotteVest clothing line – I’ve been on his advisory board for years and years, and I’m such a huge fan of both his company and his clothing. I remember when Scott went on Shark Tank. Despite my telling him to be nice and not to make waves, well, Scott was Scott. But – The one thing I’ll always remember was Scott telling the Sharks that he had to call Steve Wozniak, a  board member, to discuss their offer. Kevin O’leary said “Oh, tell Steve I said hi.” Scott goes out, makes the call, and comes back in. First thing he does is turn to O’Leary and say “Yeah, Steve said he doesn’t know you.”

As someone on Scott’s advisory board, I remember seeing this and putting my head in my hands, thinking, “Scott, you had ONE JOB – TO BE NICE.” But then I thought – Wow – O’Leary must feel like a freaking idiot, and I couldn’t stop laughing. The same thing is true in your first meeting with someone – You don’t know their relationship with anyone – While you think dropping a name out of the blue might help your case, more often than not, in fact, it’ll hurt you – A few weeks ago, I was having lunch with someone who said “you remind me of a friend of mine,” and proceeded to name someone for whom I have zero respect, someone who’s been outed countless times as a liar, and someone with whom I’ll never, ever do business. Well, that sort of killed this new potential relationship, didn’t it? Want to name-drop? Do it after we’ve had a few meetings, and you know a little more about me.

5) It’s 2014. You don’t have to print out and give me a 50-page PowerPoint. Honestly, you don’t. Chances are, you can email me your executive summary – If you’re smart, the day before our meeting, you’ll send it with a note, reminding me that we’re meeting. This will almost guarantee I read it, and you’ve just put yourself three points ahead of everyone else. It’s like when I was in Spanish class in high school, (NOT my best subject, to say the least…) But I found that when my mom and I sat down and flash-carded the vocabulary test the night before, it became a LOT easier than if I went in to the test cold. Same thing is true here – Send me something the night before, and I’ll read it before we meet. Give it to me on paper as our meeting is wrapping up, and chances are, it’ll stay in my bag for months. It’s not personal, it’s just how I work.

6) Finally, understand timing, and understand that ten minutes is actually a lot of time. It’s never just ten minutes. It’s getting there, getting back, scheduling… It’s never just ten minutes. Back in 1999, I was consulting for a company that worked with Alan Meckler. If you don’t know who he is, Google him, he’s a genius. Anyhow, I always stayed in touch with Alan and when HARO was doing really well, I reached out to him for advice. His reply? “Happy to meet with you. 7am for breakfast.” I didn’t blink an eye – rather, I went to sleep early, and got up at 5am to make sure I was at the restaurant he chose at 7am. And he was on time, and I learned the benefits of getting up early – But more importantly, I realized that Alan didn’t need this meeting – I did – And as such, if he suggested 7am, it was in my favor to agree. Hell, if he suggested 2:45am at the foot of the Joshua Tree with flare guns, I’d make it happen. End result? If you ask for a meeting, and Meagan says “Great, either a run with Peter at 5am, or a coffee with him at 7am,” you should agree to one of those times, even if it means you have to go to sleep early the night before. Showing up early for an early meeting? That tells me you’re serious. You’re a step ahead of everyone already.

Look – I’m not saying all this like I’m all that and a bag of chips and you should be thrilled to get an audience with me – Quite the opposite – I’m happy to take the meeting with you if you ask for one, because back in the 90s, when I was trying my best to figure out what the hell I was supposed to be doing with my life, a few awesome people were kind enough to take that first meeting with me, despite not knowing who I was – (Reese Schonfeld, Barry Schwartz, Alan Meckler, Preston Bealle, to name a few,) and I believe that I owe it to those kind enough to give me a chance (and to the universe) to return the favor, several years later. They all had specifics, and I was happy to agree to them – Why? Because countless people wanted to meet with them – and yet, they were kind enough to allow me to have a few minutes of their time, and I learned that when that happens, you do it however they want. I’ve never forgotten that.

So – Want ten minutes with me? Happy to do it – just click this link – I’m happy to chat with you – Make it a Monday or a Tuesday, though – Those are my days for meetings. And hey – Come in with an agenda, ok? 🙂

Thoughts? Comments? Let me hear them below.