My daughter goes to a private pre-school (only because public pre-school in NYC doesn’t exist,) and I, of course, volunteered to be a class parent.

One of the very first meetings with the teachers showcased an interesting problem – The teachers made “logs” every day of the student’s activities, including occasional photos of what they were learning and how they were interacting with each other. 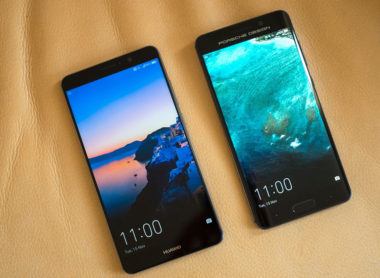 When I asked about perhaps including video logs, they said that it was more difficult, as neither of them had room on their phones to shoot video each day, and they didn’t have the funding to go out and purchase iPads for each classroom, or in their words “a full device that’s only going to be used for videos once a day.”

I asked if they’d considered other devices, specifically the Huawei Mate 9, which I’d just received from Huawei, as one of their Key Opinion Leaders. As expected, they’d never heard of Huawei or the Mate 9.

After I’d done my tests on the Mate, I gave it to the teachers in my daughter’s class to use for a while, and see if they found value in it.

I went to a parent event at the school the other day, and sure enough, more than one other class’s teacher approached me asking where they could get their own Mate 9.

Disclosure: I am a Key Opinion Leader for Huawei. They cover my travel to certain events to learn about them. They do NOT pay me to make statements, for or against Huawei, and none of my reviews/comments or posts are influenced in any way by anyone at Huawei.

Sometimes I link to things using affiliate links, which send me a few cents if someone buys a product I recommend. I donate any revenue made this way to no-kill animal shelters in NYC and across the country, because it’s the right thing to do.