I could live here

I really could. It’s enough like New York that I could live here.

I’d miss everybody… But what’s 16 hours on a plane?

Something to think about.

Day one of the conference ended without any hitches. Met some interesting people, including a bunch of folks from MTV Asia. After spending a half an hour playing the “do you know who I know” game at the cocktail party, I went back to my hotel room for a quick 45-minute nap.

Meeting a handful of people downstairs afterwards, we wandered into the “shops” area. I proceeded to buy a number of things, that I’m going to say were real, just surprisingly cheap. Enough said about that. 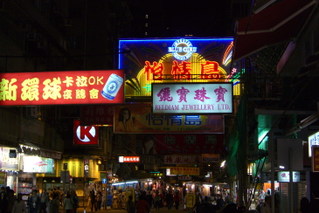 I could live here – as could Karma and NASA. They could even have a playmate. 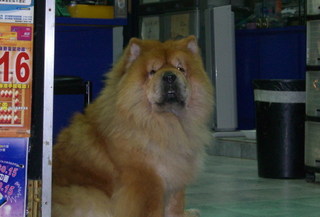 After leaving, we got into a cab, where I took my life into my hands by sitting up front. I now know what my passengers feel like when I drive, and I’m sorry.

We wound up, on the advice of a local attending the conference who was with us, at a restaurant/bar called Dragon. 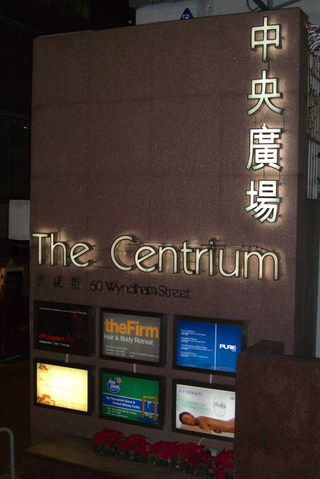 The Dragon sign is the one on the far left on top.

Apparently, you’re not a cool restaurant in Hong Kong unless you have several birds in several cages outside of your establishment. 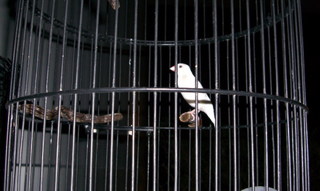 Upon sitting down, the men in the group and I noticed something. We were the only ones who weren’t Supermodels. Seriously. It was blonde after anorexic blonde, brunette after “I’ll just have this gum and burn calories as I chew” brunette. And the male models were in full force, as well. It was quite scary. No, I did not take a photo of the models. But yes, I thought of it.

The food was good – Asian Fusion. It was like traveling 8,000 miles to eat at Megu. The drinks were good, as well. 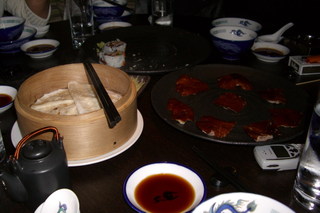 I did not have the duck, but I had the noodles, and the drinks. And no, I didn’t have the cigarettes, either. That was the easiest thing to turn down, fortunately. 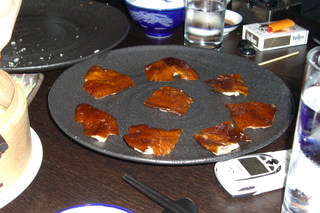 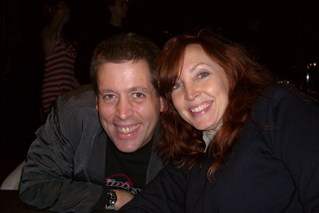 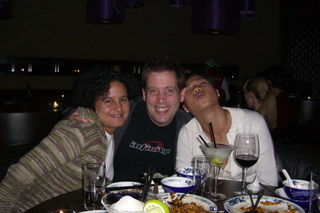 And yes, we can probably ignore the fact that I’m wearing a skydiving shirt. I didn’t expect to go to dinner. I honestly just thought we were shopping. At least you can’t see my Wal-Mart jeans.

I could live here, though. It’s very New York. I hate the fact that you can smoke everywhere… I forgot what it was like (Thanks, Mayor Bloomberg!!) to come home smelling of smoke – turns out, I don’t miss it. Ew.

I should probably get some sleep. Not only am I presenting tomorrow, but I’m also chairing the conference.

Yawn. If anyone was here I knew who ran, I’d make them make me get up in the morning for six miles.

But I don’t know anyone here who runs. And I doubt I’ll have the willpower to wake up and run. So I guess it’ll have to be an ice shower.