As we come towards the end of the year, I wanted to write a post reflecting on what I was hoping to see next year. And of course, for inspiration, I turned to the Internet, which led me, in no particular order, to the following: 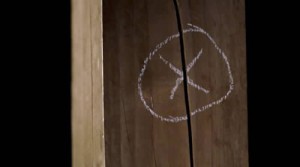 But the interesting thing about hobos was this – Not only did they have their own code, (as made popular in the Mad Men episode of the same name), but they also had their own ethical code.

That’s right – Hobos had a code of ethical conduct, one to which they tried to always adhere.

Pretty amazing, huh? They rode the rails, took work where they could get it, ate when they could, yet they tethered to a strong sense of ethical balance. When you think about it, that’s a lot more than most of our so called “pillars of society” are doing nowadays. (How’s your jail cell, Mr. Madoff? How about yours, Mr. Blagojevich?)

With that said, here’s my recommendation for 2012: Follow the code of ethics set out by the Hobos well over a hundred years ago. If you do, chances are, you’ll do better, won’t get into trouble, and more than likely will have a good year, personally, professionally, and financially.

I’m going to try it in 2012. Will you join me? And are there any additional codes that should be added? Leave them in the comments.

The Hobo Code of Ethics:

Decide your own life, don’t let another person run or rule you.When in town, always respect the local law and officials, and try to be a gentleman at all times.Don’t take advantage of someone who is in a vulnerable situation, locals or other hobos.Always try to find work, even if temporary, and always seek out jobs nobody wants. By doing so you not only help a business along, but ensure employment should you return to that town again.When no employment is available, make your own work by using your added talents at crafts.Do not allow yourself to become a stupid drunk and set a bad example for locals’ treatment of other hobos.When jungling in town, respect handouts, do not wear them out, another hobo will be coming along who will need them as bad, if not worse than you.Always respect nature, do not leave garbage where you are jungling.If in a community jungle, always pitch in and help.Try to stay clean, and boil up wherever possible.When traveling, ride your train respectfully, take no personal chances, cause no problems with the operating crew or host railroad, act like an extra crew member.Do not cause problems in a train yard, another hobo will be coming along who will need passage through that yard.Do not allow other hobos to molest children, expose all molesters to authorities, they are the worst garbage to infest any society.Help all runaway children, and try to induce them to return home.Help your fellow hobos whenever and wherever needed, you may need their help someday.If present at a hobo court and you have testimony, give it. Whether for or against the accused, your voice counts!