Why Peter Shankman Loves His Haters (And why you should love yours, too!)

Lately, there’s been an attack on HARO by one specific person trying to hawk a book. I’m not going into it here, you can find it online (and as it turns out, his attack has brought thousands of new subscribers to HARO, so hey, thanks, hater!) and more importantly, I’m not going to waste blog space on him anymore. He’ll be gone soon enough, fading into the ether like the thousands full of sound and fury but signifying nothing before him.

Instead, I want to chat for a moment about the concept of a hater. This might blow your mind, but you know what? HATERS ARE GOOD THINGS. I know you’re all like, “huh? This guy is mocking me or insulting me or flat out lying about me, how can that be good?”

I love my haters for several reasons, and you should too. Here’s why:

1) Haters tend to shout a lot. They tend to shout primarily to hear themselves shout – in some cases, under the misguided notion that if they shout loud enough, they can stop you from doing what you’re doing. But the fact is, they can’t. Their shouting accomplishes one thing and one thing only: It makes lots of other people aware of you, and of why you’re great. Face it: Haters intrigue people. And if people are intrigued, they’ll come see what the person is shouting about. They’ll head to your site, they’ll read your content, they’ll visit your store, they’ll listen to you for a bit. If you can prove the hater wrong, which you can by just continuing to be awesome, you’ve actually let that hater get you new customers, clients, audience members, whatever. What did it cost you? A fool shouting at the wind from the top of a hill. No skin off your nose whatsoever. 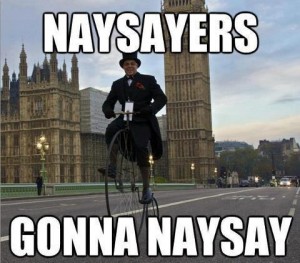 3) Haters are jealous. I know this sounds like a cop-out, like the excuse your mom used to tell you when you’d come home crying that the other kids don’t like you – But it’s true. Take HARO – Any negative comment I’ve ever seen on a blog about HARO usually involves one of three things: a) how come he gets to do what he wants and I don’t, b) he’s just doing this to make money (i.e., why can’t I do this to make money?) or c) He’s full of crap, he doesn’t know anything, he’s stupid. The problem with these comments is that if you really look at them, they sound like nothing more than petty jealousy.

4) You can learn a TON from the few haters who AREN’T petty and jealous. If you actually stop and listen to a hater with a valid complaint, you can do two things: d) You can adjust your business accordingly to fix a valid gripe a hater might have, and e) you can turn a hater into a lover. That’s the best possible outcome – If you have a hater who has a valid complaint, (not one who’s just trying to sell a book, or promote his agenda at the expense of yours,) you can work with them, fix their problem, and turn them into what’s called a “Raving Fan.” You can make a hater your greatest ambassador – You can make them love you, and want to do your PR for you! This is the best of all possible worlds. I see smart companies doing it all the time, and more importantly, I see people who used to be haters, going out of their way to defend the company of which they once called for the death! While this only works for haters with a legitimate beef, and not the posers, when you “turn” that hater, it’s the greatest feeling in the world.

5) Haters keep you on your toes! Haters are awesome in the respect that they don’t let you slow down. Ask any NBA player – He’ll tell you that the reason he works out so hard is because someone else, on another team, is working out just as hard. There’s a quote that I love: “Right now, someone is training while you are not. When you race him, he will win.” Your goal is to keep on your toes – Stay sharp – Stay alert and focused, and never believe your own hype. Stay humble. Never let them see you coming. Haters help you do that. 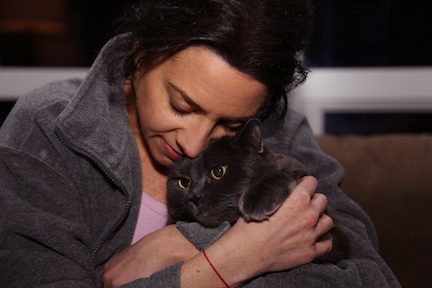 6) Finally, and this is the most important thing: Haters help you realize what’s really important in your life. So, my mom is a typical Jewish mother, right? She’s protective of her son. When I first started getting noticed, long before HARO, she’d want to go to town on every pipsqueak who ever said anything bad about me. (Search for me on Gawker. I have quite a file.) But now? The most recent hater who popped up had my mom going “Would you look at this little shit?” She’s gotten used to it. And more importantly, she knows this, and this is what you need to remember: To quote Wesley Snipes and Ice-T in New Jack City (and I love that I can do that…) “This shit ain’t ever personal. It’s always business.” And it is. The haters don’t know you. They don’t know your family. They don’t know you’re awesome, and have a kick ass cat, or dog, or chinchilla. They don’t know anything about you, other than what they perceive as a reason to hate you. And that’s nothing at all. So when the haters come out, remember Nino Brown, and know that this shit ain’t personal. Don’t let it drag you down, don’t let it make you EVER forget what’s important in your life. When it all comes down to it, what’s important in your life will stick around forever. The haters? Use them for all they’re worth, then don’t give them another thought. You smart enough to know what matters in your life. Don’t ever let yourself put anything in front of them. What matters is what’s personal. The crap the haters spew? Never personal.

7) One bonus: For me at least, haters give me a reason to work harder. This blog post, for instance, has been rolling around in the back of my head for years, but I’ve never had a chance to write it. Until I had a reason to. So yeah, like I said in the beginning – Thanks, most recent hater! You keep on expending all your energy hating, and I’ll keep on expending mine building amazing shit.

How else do you love your haters? Let me hear it in the comments.