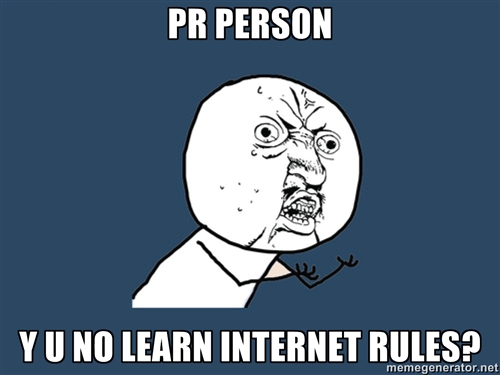 Today, Woody Harrelson’s PR agent decided to “kick things up a notch.” Instead of a typical press event for Woody’s new film “Rampart,” this press agent decided to show his level of “internet prowess” and offer Woody Harrelson up for interviews on Reddit, one of the most “real” Internet sites out there. (By “real,” I mean that it’s pretty much full of people who have their bullshit filters on a constant “ten” and can pick out when something is hype in about two seconds.

So, of course, they did. You can read the post, and the resulting crap that Woody Harrelson got here. It ain’t pretty.

While it’s fun to try new things, you have to KNOW YOUR AUDIENCE! When you don’t, and you do something like this, you’ll get caught. The worst part is that had the PR person simply taken the time to read other Reddit interviews, he could have avoided about 90% of the errors he made, which resulted in him being bitch-slapped as hard as he was. (And by extension, Woody.)

End result? As always, you gotta be real, transparent, and know your audience.