What businesses can learn by listening to Air Traffic Control

With Continental joining the Star Alliance yesterday, I took a United flight today, from ORD to DFW. First time on United in like, forever, and found something interesting – They let us listen in to the Air Traffic Control radio through our headsets. Totally fascinating – Listened the entire flight. Because I was on United, and not Northwest, I didn’t hear anyone going “Um, hello? Are you there?” But I did hear some fascinating calls, and thought about how they relate to business. Figured I’d share. 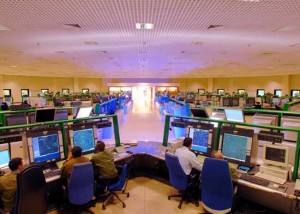 We were told to go to runway 22R and wait for takeoff. I imagine the pilots sitting there, taking a few seconds to decompress, gather their thoughts about them, before being released to the sky.

In business, you don’t just rush into an idea without having SOME kind of plan, right? Before you do ANYTHING, get everything in your sights, line it up, and take a deep breath.

We were told to fly to 14,000 feet and check in with Chicago Center for further instructions. In business, you’re constantly making small adjustments to your roadmap, determining where you’re going and how you’re going to get there. You should constantly be checking in to different locations, seeing if anything’s changed that could alter your flight plan.

Twenty five minutes later or so…

Checking in again somewhere in the mid-west, we asked how the ride was. We were told there were no complaints so far. A few seconds later, the pilot turned off the seatbelt sign, and let us get up. He did tell us, however, to keep our seatbelts fastened when in our seats, since we never know.

Very similar to business, you gotta be prepared – Economy takes a hit? Lose your biggest client? Prepare for turbulence. Enjoy the ride, but never enjoy it so much that you forget what to do if things should radically change.

This one had nothing to do with us, a regional jet needed to head somewhere else, and a big American Airlines flight was in the way. So the flight controller moved the American flight up a few thousand feet to get the regional get out of the way. The pilot of the AA jet did it without hesitation, just asking if he could be put somewhere else (that I didn’t quite understand) when it was done.

You may not be dealing with tons of metal flying through the air with people’s lives at stake, but you still have an obligation to do your job, help people out when you can, and make the world a better place. If more people thought the way pilots did when doing their jobs, the world would be a better place. If someone asks you for help, and you can do it, just do it.

Screw up? Admit it, and fix the problem. This one struck me the most . Don’t lie, don’t become a drama queen and walk away, with your arms flailing. Don’t hide behind your CFO to try and fix the problem. You screwed up. Admit it, solve the problem, get it right, apologize, and move on. You’ll be respected, as opposed to mocked as a petulant child. If more companies, agencies, and people did this on a regular basis, we’d get rid of 28% of stupid people overnight.

Whether you’re a small, two person company like the Lear Jet, or a 747-200 FedEx freight plane, one of the heaviest in the sky, everyone likes to be treated like a professional, and be aware that they matter.

“United 775, checking in at three eight thousand with a little light chop.””United 775, thanks for the info.”

Got information? Share it. It makes for a smoother ride for everyone else, and is good karma.

Looking out the window, the sun started shifting in the morning sky, and we were turning 20 degrees to the left to avoid a collision. We didn’t ask why, we didn’t complain, we just did it. Sometimees, when a boss or a client tells you to do something, you just have to do it. Disagree? Argue later.

DFW was telling our pilot how high above sea level their airport is – i.e., we took off from a different place than we landed. We want to make sure our sea level is their sea level. You always want that in business. There’s a reason we call it Pantone C925 and not “blue.” Blue means a lot of different things. Get your answers before you start working on the project. Questions? ASK.

As far as I could tell, that was a landing instruction. A few minutes later, we were on the ground, taxiing to our gate. Easiest thing in the world.

Take a few seconds after your project, congratulate yourself on a job well done, but not too much – the next job is right around the corner.

As I was walking off the plane, I asked the pilot what his next flight was – he was headed back to Chicago. And it started all over again.