Welcome to the Age of &quot;You Gonna Get Caught&quot;

This past week, Groupon got into a world of trouble for offering a Groupon to FTD that essentially saved no money at all. Instead, they suggested that FTD raise their prices, so that the Groupon would bring the price down to normal. People would buy, FTD would make money, and no one would be any the wiser.

Except of course, for the fact that Groupon and FTD were exposed. They were caught lying, and of course, both sides denied, then when the facts truly came out, apologized. Both Groupon’s and FTD’s reputation took a pretty decent sized hit. How could this all have been avoided?

By not lying to begin with.

When I give my speeches to big companies, one of the facts hardest for them to wrap their head around is transparency. The fact is, this isn’t the 50s anymore, when you could lie with reckless abandon and not be found out. Hell, this isn’t even the 80s anymore.

It’s just too easy to get caught nowadays. From corporate cock-ups like FTD, all the way to Congressmen sending topless photos to people they meet on Craig’s list, it’s no longer a question of if you’ll get busted, but rather, when.

Transparency has to rule the day. You need to go through life, both business and personal, assuming that someone has a camera on you at all times. A bit sad? Sure. But it’s the world in which we live.

There’s a reason I rarely drink anymore. It’s too easy to tweet a bad joke to a hundred thousand people  at 2 in the morning after five Vodka Martinis . At 7am the next morning, that’s not going to seem so funny.

We need to start being smarter in our business and personal lives, because there’s no reason for anyone to not “go TMZ” on our ass anymore. 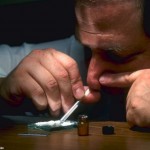 It’s never been easier to “out” a person or a company for doing wrong than it is today.

One flipcam and it’s over. One “nannycam” left in the office. One email forwarded instead of replied to. It’s never been easier to screw up and expose your truths.

So what do you do?

You make sure your truths won’t hurt you when they’re exposed.

Call it the “clean living of the social media age.”

And if your company isn’t at least trying it, ask yourself if you’re protected enough for when the firestorm comes down. Are you insulated enough?

We need to be smarter. Start by being smarter yourself. Surround yourself with smarter people. Work for smarter companies. Heck, even be the person who brings the smarter to the company where you work, letting them know they won’t have a company if the practices they’re doing continue.

Nowadays, it’s only a matter of time.