Last week, during the 854th NYC storm of the month, I had to get out to San Diego to keynote a conference.

At this point, most people would have pulled the “act of God” clause, and either cancelled altogether, or done the presentation via Skype or similar. They still would have demanded to be paid, despite the fact that as cool as Skype is, it’s still a million years away from being there in person.

If you want to be taken seriously, you simply can’t work that way.

Simply put, I gave my word. I told someone (or in this case, 200 people) that I’d be at a certain place at a certain time, and they’d arranged their schedules to make sure they got to see me. How people view how you value your word is worth more than any speaker’s fee.

I don’t care who you are, you never have a right to break your word. 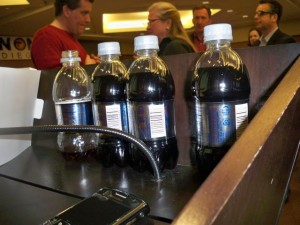 I wound up booking the last seat on JetBlue on a flight from JFK into Burbank. The flight left two hours late, so I landed in Burbank around 12:30am and drove down to San Diego, arriving at my hotel around 2:45am. Got to bed at 3am, was up at 6am, and at the conference at 7:30am. My keynote went flawlessly, thanks to five bottles of Diet Pepsi.

Want to be taken seriously? Honor your word:

5) “Cancel” is a word that should be used VERY, VERY rarely. I used to have a friend who would always book things with me, and at the last minute, cancel on me. Eventually, I wound up feeling like a stop-gap until something better came along for her, and I ended the friendship. If you tell someone that you’re going to do something, DO IT. Canceling should be reserved for broken legs and above. The guys on Captain Sully’s flight that landed in the Hudson? They had a valid reason for canceling their meeting. Chances are, you don’t.

4) Have a backup plan, then a backup plan for that, too. I thought my 8:45am flight would be canceled, so I booked the 2:45. When that was canceled too, I was scrambling, and that was due to my lack of foresight. I call it “counting the exits.” When I walk into a place I’ve never before been, I count the exits, and sight them out. Spies and secret agents do this. If there’s a problem, I know how to get out. You should, too. It’s called having a backup plan. A simple thing that so few bother to do. And remember – the closest exit may be behind you.

3) ADAPT. I was giving a speech in Pittsburgh one day last year, and I had to be back in NYC for another speech the next morning. Getting to the airport, my 6pm to NYC was cancelled. I could have waited and tried my luck on the 8pm (it was an ice storm in NYC, so I didn’t see that happening) or I could have adapted. I went downstairs, rented a car, and six hours later, arrived in NYC. Was I tired? Sure. But I made it to my speech the next morning. 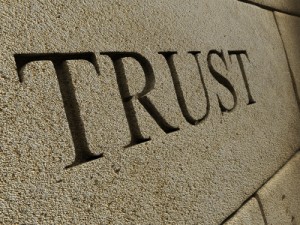 2) Be willing to SPEND. “Money is only something you need in case you don’t die tomorrow,” said Martin Sheen in the original Wall Street. We’re all using our credit cards wrong. They shouldn’t be used to splurge – They should be used when you need – wait for it – credit! I love my American Express credit card for exactly that reason – The only limit on the card is the highest you’ve ever spent – and paid off on time – in one month. I’ve found myself winning clients because I’ve had the ability to book a flight to Tokyo for an in-person pitch on 48 hours notice. Old adage still applies: You’ve gotta spend money to make money. Be willing to spend – but spend smart.

1) Don’t be late. This is the easiest thing in the world to do, but so few people do it. I’m writing this post in a Jamba Juice at 9:16am, waiting on my 9:00am meeting, who’s now 16 minutes late. HAVING THE ABILITY TO TEXT “I’M LATE” DOES NOT GIVE YOU THE RIGHT TO BE LATE. Show up on time, all the time, and you’ll subconsciously earn the respect of anyone you’re meeting, long before they realize they respect you. You’ll land more clients, make more money, grow a bigger audience, and do that much better in life in general, simply by being on time.