Thoughts on Klout and Psychology

While in San Francisco last week, I had a spectacular opportunity to have lunch with Philip Hotchkiss, Joe Fernandez,, and Ash Rust, the three heads of one of the hottest social media companies currently out there, Klout.

For those living under a half-mile of earth for the past 69 days, Klout is making quite a stir lately, as the company that’s assigning each user of social media (Twitter, Facebook, and the like) a “score” to determine their influence in the online world.

The more you engage, the more people find you interesting enough to respond, repost, or retweet your information, the higher your Klout score will go.

Essentially, Klout is using various algorithms to determine your relevant worth in the online world.

And as Orwellian as that may sound, I believe that they’re onto something so huge, it’ll change not only the concept of social media, but how global marketing sees us as a customer. And, while it’s doing that, it could quite possibly put some companies that are now seen as “darlings” right the hell out of business.

To understand my rationale here, you’ve got to agree to two points.

Point A: People like recognition, whether they say they do or not. We all want to be recognized in some fashion.

Point B: The more a company or brand can find out about a customer, the better they can market (sell) to them.

If you’re cool with both those points, then here’s my reasoning:

Let’s say tomorrow, two people take a plane flight. They both go to London, and they both have about 3,500 Twitter followers.

Let’s say they both have crappy flights. Not so much of a stretch, nowadays.

Both of them could Tweet about their bad flight experience, and both may get some kind of nod from the airline – “Sorry about your flight,” or whatever. Because right now, from a cursory glance, the airline knows that they both flew flights that sucked. That’s about it.

Enter Klout. What if the person who complained was linked to Klout, and the airline paid Klout for that data? For the airline, it’s no longer just about finding out that a customer had a crappy flight – It’s finding out everything about that customer, and tailoring your “fix” for them accordingly. If three of the top five relevance items Klout mentions about one of the two customers are “airline” “frequent” and “first class,” the airline has much better ammo with which to go in and fix the problem.

Check out what Klout has on Denise Richards, for example. Or CC Chapman. Or Johnny Jet (and check out that Johnny Influences American Airlines!) Or even me.

That, my friends, is real information. Forget the score part of it, – The value of Klout is behind the number – It’s about identifying each user, and seeing what they can do for you – I.e., What is the lifetime value of a passenger’s experience?

If Klout knows that I talk a lot about flying because I’m constantly traveling, the airline to whom they sell that data can measure my experience on a heavier scale than say, the person who complains and has taken one flight in the past four years and act accordingly.

My first thought specifically to Klout and airlines was one of cynicism – Airlines want to make money – They don’t care about social media as a whole, they care about CPPM (Cost per passenger mile) and RPS (revenue per seat.) But then, the more I started thinking about it, the more I realized it mattered.

Think about it: If I recommend (or recommend against) an airline, my recommendation has more “strength” to my audience because my audience knows how much I fly. This is the inherent value of a customer. If Continental or whomever can measure that inherent value, they can do a better job or monitoring my satisfaction, and upselling me based on it. Additionally, they can determine whether I still matter to them, now not just by my revenue, but by my influence within the online world – And the higher my influence, the more it can lead to sales.

Let me put it another, easier way:

As Ash Rust, one of the heads of Klout said to me over lunch: “A person visiting a wine store isn’t automatically a wine expert.”

The second he said that, it was like a lightbulb went off, and I realized the intrinsic power of Klout: Klout tells you more about your visitors from the moment they walk in the door, than any other site or data mining company out there.

If I can find out who you are and immediately find the five things you talk about the most, as a marketer, that’s pure, instant gold. If I own a wine store, and you walk in with a Klout score of 63, and I immediately know the top five things you talk about include “Wine,” “Vintage,” “Cabernet,” etc., I’m going to kick your experience up a notch, and possibly gain a very lucrative (this is key) customer for life.

I’ll take it a step further and say that Klout, without even trying, may be subliminally putting FourSquare out of business.

Think about it: What does “being a mayor” tell the store owner? That this person likes to come in a lot. But if I can see your Klout score and know that not only do you visit here, but you’re a wine aficionado, who tweets about wine and recommends wines and places to get them to your friends… Well… That changes the game for me! I don’t give a crap about a foursquare mayor anymore – I’ll look to Klout for my marketing information.

Best part? As a customer, I don’t have to do anything to let this marketer have my information – I just have to live my life. No check-ins, no location based games – I just live, tweet, share, engage.

The Palms has done this with Klout scores – How you rate and what you discuss, (your level of influence) determines what perks or upgrades you’re going to get.

Imagine when every company with whom you interact does this.

Here’s the main reason I believe Klout will thrive and dominate: In my opinion, Klout also marks the first time that a company is actively mining us for our activity, and not only don’t we care, but we actually welcome it!

Fact is, we all want to be recognized. It’s one thing to have something assign an “online” number to you, without the added component of offline – The added component is where Klout rules – I have no problem being assigned a number if it means I can cut the line at a hotel and get a room upgrade. I doubt you would, either.

To back up my thoughts, I asked someone much smarter than me if I was right – I asked Dr. Jennifer Hartstein, one of the top psychologists in New York City, and part of the CBS Early Show family what she thought about Klout. Her response:

Life continues to be a popularity contest, regardless of our age. The higher our score, the more influential we are, the more important we feel. There is also a sense of validation, yes, people get at being recognized in places others aren’t, not to mention the perks of upgrades, extra “stuff.”. People fundamentally want to be taken care of, and all that stuff provides that opportunity.

Klout is letting companies do that. Who doesn’t want to be greeted personally, the second they walk into a hotel, bypassing the 100 poor suckers waiting on line? 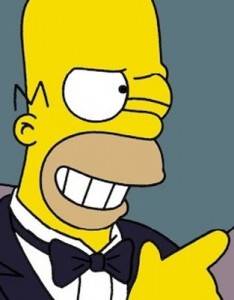 Life is a competition. There is absolutely a standard that people want to reach, maintain, have, etc. Bragging rights are enjoyed by many. It goes back to where people find their worth and what’s important to them. To many people, the higher the number the better they feel and the more self-worth they derive. Maybe the phrase should now be: he who dies with the highest klout score wins?

She has a point.

Orwellian? Sure. Unfair? Not in the slightest – It goes to everything I’ve said since day one – Want a better brand? ENGAGE. Want to be treated like a (I hate this term) rock star? BUILD A BETTER BRAND. Because now, you don’t have to shout “Don’t you know who I am?” Because for the first time, Marketers truly do.

What say you? Leave your comments below. And make sure you leave your Klout score. (Kidding.)