The week in pictures…

First stop was dinner with HP on Monday night in San Francisco at Town Hall Restaurant. 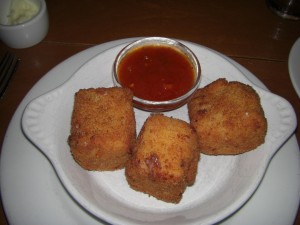 Tuesday, I headed to Kansas City to keynote the PRSA Travel and Tourism annual conference Wednesday morning. I was also apparently “Called out” about my predictions during Peter Greenburg’s lunch speech. Debate, Peter? Name the time. Could be the Battle of the Peters. Heh.

But before that, dinner Tuesday night included enough food to require that I roll home. See those donut sized things? Those are mushrooms. Seriously. Mushrooms that have obviously been hit with Gamma Rays. 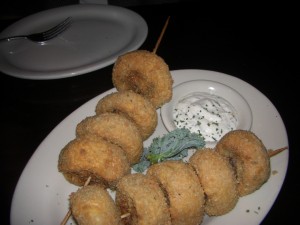 Apparently, Mushrooms DO grow this big.

Then, it was time for the BBQ. 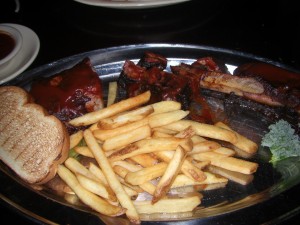 After speaking on Wednesday, Wednesday evening found me at a PRSA dinner in my honor, which I thought was so cool! You can see all of them here, as they introduced a What’s Hot on HARO!

Thursday morning found me on a plane headed to Las Vegas, where I drove a few hours north to Kanab, Utah, to hang out with Best Friends Animal Sanctuary, and teach them a bit about social media. The views on the drive were insane: 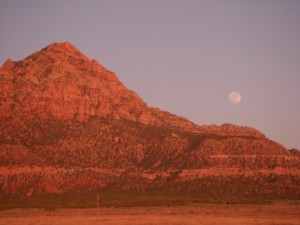 The moon, the mountains, and the sunset. Taken at about 80mph.

More photos later today, of me with aminals! Aminals!! Yay!