How to Use the Summer to Improve Everything About You

Wait, improve myself this summer? Come on! July and August, when we’re totally cool with calming down a bit, getting to the office a bit later, leaving a bit earlier, “working from home” a bit more, and in general, putting our chill before our hustle? It’s a tradition of the ages, and you want me to improve myself??

Perhaps it’s hardwired into our brains from school – 14 years of “IT’SSUMMERNOMORESCHOOL!!” I get it – Not only was I one of them, but I also was raised by two parents who were teachers – Vacation? That’s what summer is for! Go on a family road trip to Nova Scotia and Bar Harbor, Maine? Sure! It’s summer! We’re trained from early on to equate “summer” with “take it easy.” But that’s a problem.

We’ve become a society that’s become totally cool with weakening our game from Memorial Day to Labor Day, every single year! Why is that OK? How did “let’s stop caring about our professional lives for 60 days” become acceptable? Almost every single one of us does it, like it’s some sort of universal rule. “Calendar says July? Let’s decrease our productivity by forty percent!” Really?! What the heck is that?

Doing the same thing as everyone else is nothing more than a one way ticket to the land of mediocrity!

So I offer you this: If everyone else is maxing and relaxing, why don’t you use that time to improve your flow? Here’s how: 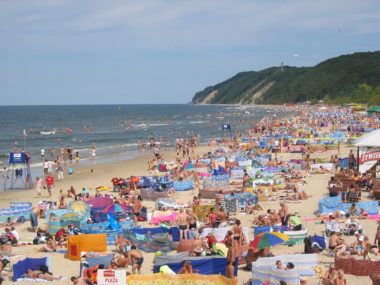 Reach out! If summer means people are chilling, that also means less work for you – But instead of using that as a reason to hit the lake and bust out the wakeboards which, come on, you know you suck at anyway, why not use the extra time you have to reach out to stale contacts, former clients, heck, everyone in your network you haven’t talked to in forever? And don’t just BS it – Start a conversation! Engage them! A quick minute on Google or a quick rundown of their FB or LI profile can tell you what they’ve been up to. Focus on something specific and figure out a way you can help them – then reach out and offer it. That’s how you grow and strengthen your network. They might not need you right now (probably because they’re too busy wakeboarding badly) but they will when they get their sunburned butts back to the office. And that’s when they come to you, and your billings go through the roof.

Explore! So you’re not needed in the office that much during the summer. That doesn’t mean you should just waste the days sleeping late! Cash in those frequent flier miles you’ve been hoarding for that “perfect trip” (you know you’re probably just going to let those miles expire otherwise,) and head out for a week to work somewhere else. Could be as close as the next state over, or as far as the other side of the world. WiFi is prevalent, electricity is standard on the majority of the livable planet, go out and explore someplace you’ve always wondered about but never had the time to see. You can still work, still check in, and you get to broaden your horizons in the process. At the very least, you can check something off your bucket list. The goal is to improve yourself in multiple ways, and at the very best, you’ll meet a potential new client or several on the plane or in a tea shop on the other end of the planet. And no matter what else, being in a different environment is guaranteed to implant some new creative cells into your brain, and that’s the best way in the world to improve! I’ve picked up quite a decent amount of business over the years simply by being somewhere that’s not the norm, and not being afraid to talk to the other people who happened to be there with me at the same time.

Earn some extra credit! If you’re anything like me, “extra credit” only reminds you of “Can I do a report on some boring subject to make up for the 68% I got on the Global History midterm?” (For those not blessed with a New York City Public School education, a 68% was equivalent to a “D-.”) But In the real world, extra credit means something entirely different. How long have you had that idea that you believe could save the company tons of money, but have never had the time to research and develop it? Welcome to summer. What about putting together that killer deck and going after that client you’ve always wanted, but never had the time to impress? Hi, season of hot weather! Got a boss who, like clockwork, throws that craptastic, BS, paper-pushing assignment on you on the 30th of each month? Get it done on the 20th, present it to him on the 25th, and get a great suntan from the rays of awesome in which you’re basking.

Let them all come back and meet “The Better” you. You know what summer also assures, apart from fireworks and men who shouldn’t be wearing Speedos? Colleges, Universities, and other schools offer summer courses! At what do you want to get better? How about taking an advanced writing class and learning to write? (I’ve said it a billion times, bad writing will kill you and your company, while knowing how to write will save you and make you rich.) What about an intro to finance class? You won’t get an MBA in one summer, but one class can certainly put you in a better position when the CFO you can’t stand goes off on one of his rants in response to a project you’re suggesting in the fall. There are thousands upon thousands of classes offered in every single city or town, all around the world each summer. It’s not too late to get into one today!

Finally, perhaps it’s as simple as “Eight Weeks to a Kick-Ass Body” summer. Let’s face it: We’ve all done it – January 1, we start some fitness regimen that’s going to make “this coming summer the best summer ever,” complete with a high-five to the new personal trainer you overpaid in advance and won’t see again after January 15th. I’ve done it. You’ve done it. Well, here’s a tip: There’s no federal law that says this can only begin on January 1! So do it today, for eight weeks, and take a vacation to a warm place in Mid-September, and rock your shit! Honest to God, the results of eight weeks of solid work starting NOW will blow your mind in eight weeks.