Sometimes, you just need a Thickburger.

A few months ago, I was in South Carolina, and I was driving from Greensboro to Myrtle Beach. I pulled into a Hardee’s parking lot somewhere in between the two cities to do the evening HARO. In the HARO, I mentioned where I was. The next morning, I got an email from the wonderful Jenna Petroff, PR Manager for Hardee’s Food Systems, thanking me for the shout-out, and asking for an address to send me some coupons. Sweet!

Only problem for me – The closest Hardee’s to me in NYC is in Myerstown, Pennsylvania. Way too far to travel for a simple Hamburger, right?

Well… Maybe not… And then, hey, the Thickburger ain’t no simple Hamburger.

Got into the FX and started driving West. And of course, upon exiting got the Lincoln Tunnel, it started pouring, and didn’t stop for the entire day. Oh well. 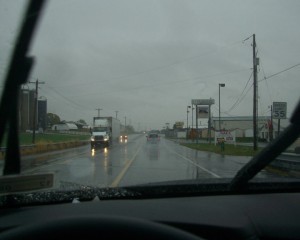 One gas fill-up, and one-hundred forty-five miles later, we arrived in Myerstown, PA, and just past the water tower, 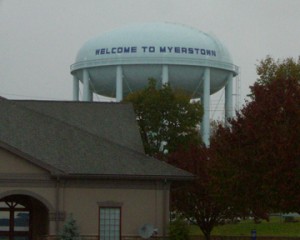 there lay what I sought… And the watering in my mouth proved it – we’d arrived!! Mecca, thy name is Hardee’s – Through the rain, traffic, and New Jersey Drivers, Hardee’s awaited! 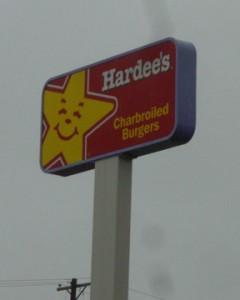 Walking in, I walked up to the counter, and just took it all in. Keep in mind, I rarely eat fast food. I never eat it in NYC, and every once in a while, I’ll let my workout guard down, and have a Whopper on a business trip or something. So walking in, I just enjoyed the view… 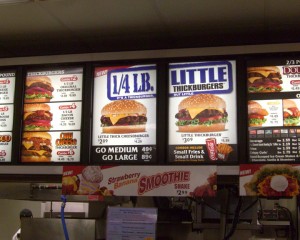 – Wow… I just wanted it all! So naturally, I had no choice but to whip out my “book-o-Hardee’s-coupons,” and go to town. (And how cool that the coupons are made to look like the product – Brilliant.) 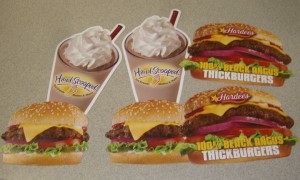 The nice guy behind the counter was somewhat shocked – “What are those?” he asked. When I told him I got them from Hardee’s Corporate, a quick consultation with his manager was all it took for him to come back and go “Cool! I’ve never seen those before! You from around here?”

It was then I realized exactly how far I’d driven for a Hamburger. “Manhattan,” I said.

And at that, the entire Hardee’s Myerstown crew came out to meet me. (In their defense, I’m sure they did it because it was around 3pm and there were like, three others customers in the entire store, not because I’m so great.) 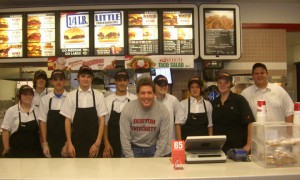 Food ordered, (Two Angus Thickburgers, two Junior Thickburgers, Two large fries, two shakes, two Diet Cokes) we waited at the table for it to arrive. (I say we, because fortunately, I have a stable of just-as-psychotic-people-as-me in my life who are willing to make a 300 mile round trip for a Hamburger.)

We were number 43! (One of the things that makes Hardee’s so great, in my opinion, is their table service.) 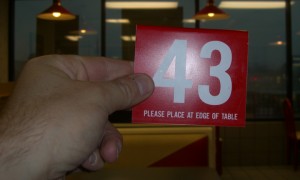 A few minutes later, Chris, the hero of the hour, arrives with what can only be described as an ultra-caloric tray of Manna from Heaven.

Oh Chris, how we love thee.

And so it begins. 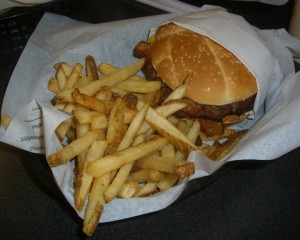 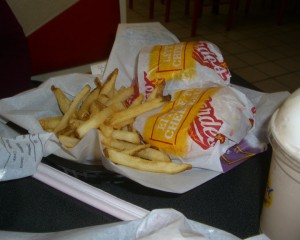 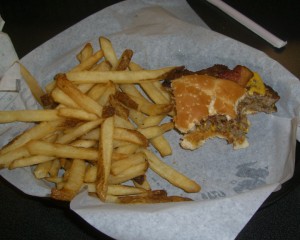 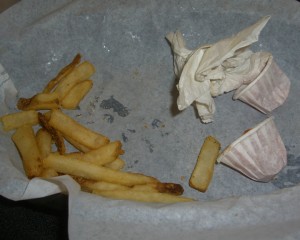 Oh, that feeling of fullness could not be more wonderful. To the best of my knowledge, we each ingested about 2,200 calories. Roughly 1.5 times the amount I usually eat during an ENTIRE DAY when I’m in training for a marathon. But that’s ok. Sometimes, you just gotta do it. It was totally and completely worth it, in every delicious and calorie-filled way. Thank you, Hardee’s Corporate, and Jenna!

The drive back was uneventful, just a lot of rain, some good tunes on Highway 16, and the feeling of “ahhhh…” that only good fast food can provide.

And yeah, I’ll go to the gym tomorrow.