Six Things I Learned From Spending almost 72 Hours off the Social Grid, and Why You Should Do it, Too!

Long story short: Going completely off the social grid for a few days has tremendous benefits, and very few downsides. The hardest part is starting.

This past weekend, starting Friday at 8am, and ending Monday at 4:30am, I went off the grid completely. I kept my mobile phone on airplane mode. I kept my laptop closed (with the exception of the flights to write.) The only time I turned on my phone was to show my boarding pass Friday morning and again Sunday afternoon to come home. I didn’t check email, I didn’t check Facebook or Twitter, I didn’t post to any social outlet, I didn’t even Instagram.

In fact, as I found out when I turned on my phone Monday morning, the only time the world knew I still existed was when my Apple Watch automatically recorded a seven mile run I took and uploaded it to Strava, unbeknownst to me. Beyond that, I had no digital connection to the world for close to 72 hours.

And it was freaking AMAZING.

To put it into perspective, it was the longest I’ve been “off the grid” since May of 1993, when I purchased my first mobile phone.

Here’s what I learned, and why you should make it a point to go off the grid from time to time, as well.

The weirdness (or in my case, anxiety,) of not being connected will last at most, two hours.
Granted, those first two hours were strange, to say the least. I boarded a United flight to begin my “analog weekend,” and my instinct to tweet and Facebook my flight was strong. The second the wheels were off the ground, though, I shut off my phone, and shut off my WiFi and Bluetooth on my computer, and wrote without distraction for several hours. I even watched La Femme Nikita, one of my all-time favorite movies (the French version, not the American version,) and remembered when I loved the movie so much. By the time we landed, I no longer missed my phone. 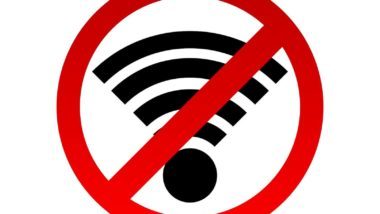 You can do most everything you need to do without a device. It really is possible.
When I landed, got to my hotel, met new friends, exercised, and I did all of that without a device. I did all of it without checking in, without seeing what my friends were doing, and without the constant need to broadcast my every waking move. There are times it’s certainly easier to have a device, but I found that the time I was involuntarily automatically reaching for my phone wasn’t because I needed something, but rather, it was because I had a few seconds of downtime, and had nothing to do. In other words, I was using my phone to prevent boredom, and the problem is, that’s the lazy way to prevent boredom. So I people-watched. I looked up at the clouds. I took a half a minute to see how I was breathing, and take some super-deep breaths. Got the same dopamine from doing that as I would have from checking Twitter.

We’re nowhere near as important as our social media profiles would lead us to believe we are.
This was a big one for me. I took this weekend, among other things, to do a sort of… moral inventory of myself. It’s been a weird last year and a half for me in my personal life, and I’ll admit that I’m a bit confused as to who I am. The problem is, that in this 24-hour world in which we live, it’s easy to put ourselves aside in favor of what else is happening in the world. God knows, it’s certainly easier. It’s a lot less taxing to post a non-threatening “hey, here’s a cool photo I took” Instagram than to ask yourself if you’re really doing OK. When you’re at mile three of a seven mile run, and you’re not tracking your time or pace, and you don’t have music to listen to, and the run is in the mountains, and the only thing you hear is your own heart and footsteps, about the only thing you can do is work through those tough questions. And it’s only once we truly work through them that we can have any hope of improving who we are. I can truly say that I’ve returned to NYC with a little bit of solid new information about who I currently am, what I want, what I don’t want, and most importantly, where I want to go. This is hands down the most important reason to digitally reboot.

You learn that not everything has to be “content-ized.”
I saw some beautiful picturesque scenes on my run, and even while walking around one of the nights I was where I was. And I stopped and looked at what I was seeing, despite my first instinct to Instagram and filter the shit out of it. Instead I took it in – an antique gas pump, an adorable dog, even a great sunrise. Turns out, I could embrace all of those scenes as my own. I didn’t have to make them “more perfect” so I could share them. That was a wonderful feeling of “self.” I was complete on my own, and was able to be more at peace with myself than I’ve been for a while.

You learn that the world will go on without you, just like it has for millions of years before you. In other words, screw #FOMO.
I missed out on nothing while digitally rebooting. My world didn’t fall apart. I didn’t miss out on any business deals. I didn’t lose any business. In fact, when I looked at my emails this morning, I realized that almost all my Saturday and Sunday emails were automated notes – traffic alerts, Amazon shopping notifications… I think I had two emails that I had to respond to, and both of them had gotten my auto-away message, and it wasn’t a problem. Sometimes we need to close off to see how small we really are.

If you have ADHD like I do, an occasional digital reboot should absolutely 100% be a mandatory part of your life.
The extent to which I felt calmer, more focused, and clearer can’t be put into words. By Saturday morning, 24 hours after I shut down, I noticed my heart rate was slightly slower, I was focusing on things like I was on medication. I’m sure a lot of it was that I exercised longer than I normally do, but still, I had a feeling of peacefulness that I don’t recall having in quite some time.

Possibly the nicest thing about my being offline for close to 72 hours was that I got a little bit of time to learn about myself. I was able to truly “talk to myself,” not in the weird “he’s talking to himself” way, but rather, I was able to listen to my heart a little bit, and gain just a little bit of insight into who I currently am, and more importantly, who I want to be. That in itself is enough of a reason to do a digital reboot more often.

Try it. Take a weekend and just go off the grid. I think you’ll be amazed what happens to you when you do.