Showing your youth through your fashion choices…

Sitting here waiting for my 2pm meeting, I came across an article by Stephanie Armour in today’s USA Today, that talks about Jennifer Cohen, a 24-year-old marketing (read: PR) exec who was “shocked” to find that her Bermuda shorts, sleeveless tops and capris were deemed inappropriate in the office.

The article goes on to say how she was “actually not allowed to attend a meeting because [her] attire was deemed ‘inappropriate.”

Sigh. Where do I begin?

I emailed Stephanie to ask how she found Jennifer Cohen – (she emailed me back – through Profnet) – I’m kinda curious as to what would prompt this 24-year-old PR exec to fully admit that at 24-years-old, she still has no idea how to dress appropriately in a corporate environment. (Stephanie said Jennifer did it to “educate others.” OK, I can buy that. That’s cool.) Jennifer goes on to say that kids in her generation were taught to “express themselves,” so she’s shocked to find that she was pulled aside by an older (my take: more mature) employee to talk about her outfit.

OK, look – I’m the first to admit that I’m not corporate stereotype. I mean, come on – I wear t-shirts and jeans with the best of them. I take clients running. I occasionally even run to meetings, with clients who I know won’t mind.

But, there’s a line. And when you’re 24-years-old, and just starting out, that line should be quite clear.

I had a boss once – Lou Lamoriello, CEO and General Manager of the New Jersey Devils, who, upon noticing that I’d been in the office all night to make sure the website launched on time, told me to either “go to 7/11 and buy a razor, or go home.”

And he was right. His motto was “always dress like today is the day you’re going to meet the most important person in the world. ”

Between him and Myer Berlow, I found my love of a good suit – which, thankfully, has stayed with me to this day.

I’m all for Corporate Casual – when it works – When I’m working at home, you can bet your ass I’m wearing a pair of jeans and a “”TANPGA” t-shirt. But a meeting? A new client pitch? A reporter brief? Come on.

Look the part, people. Want to be respected? Look the part. Not saying you have to run out and buy a new Brioni for each day of the week, but for Chrissakes, Flip-flops and Capris? Come on. Be smarter.

Remember – You don’t have to be a million percent better than everyone else. Just 1%.

And before you even start, you can look the part for a hell of a lot less money than you might imagine. Learn how to shop. My mom was born on Arthur Avenue in the Bronx. She’d have me killed if I ever paid retail for something. I mean seriously – She’d have me killed. So I learned how to shop cheap at an early age and still look good. Doesn’t mean I won’t splurge once in a while, but it’s not mandatory to look great.

Ask yourself this the next time you walk out the door: As whom do you want to be remembered? The person sitting in first class with a drink in his hand as you walk past on your way to coach, or the person walking past you to seat 35D, dressed in sweat pants, a wife-beater, and sandals? 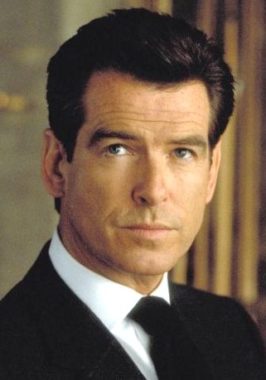