I’m in the process (a process now more than six weeks old) of getting my daughter a passport, so I can take her on vacation. I won’t bore you with everything that the US Passport Office has managed to screw up, but here are the highlights:

I went to the US Post Office about six weeks ago, with my two year old daughter. One hour wait to be seen. To her credit, she was good, didn’t cry (much). We get to the woman who will take our request. She verifies everything, noting that we have the proper forms, the notarized form from her mother stating that she allows her daughter’s father (me) to get her passport for her. The woman was very thorough. I asked for expedited processing, since, even though we were traveling in six weeks, it makes sense to pay the extra fees so we would have it in three weeks and avoid any potential hassles.

Less than one week to our vacation, I send an email to the passport office, essentially saying “hi, I paid for expedited service, I’m waiting on my daughter’s passport, we’re traveling in a week, you have all her documents, what’s going on?”

Yesterday, I get a call. “Hi, this is the passport office. You never put your daughter’s age on the letter of consent her mother signed, so your passport hasn’t been processed.” This, I later found out, had nothing to do with my email to them, they just happened to get to me. 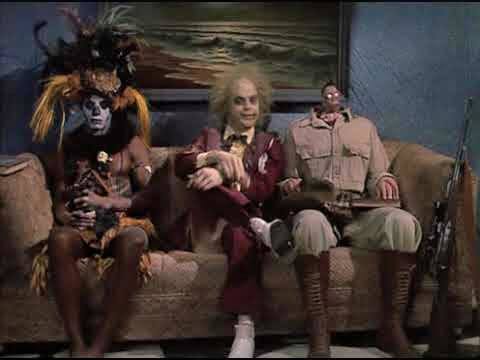 I canceled my entire day, went down to the passport office, and waited, I’m not kidding when I said this, for five and a half hours. Mind you, I was with my daughter at the time, who, while good, is still two. Three hours in, she was moody. Five hours in, she was teaching herself to read the Anarchist’s Cookbook, and I didn’t blame her in the slightest. Finally, we’re called to the window, where a lovely woman asks me to show her my crying, snot-filled, pissed off daughter. My daughter’s mother has come down from her job as well (not working for herself like I do, it was very difficult for her to take time off, and she wasn’t happy about it,) and verified that yes, we are the parents of our daughter, and are both requesting a passport.

“OK,” says the woman. Everything is in ord… uh oh.” Do you have a copy of her birth certificate?” “No,” I said. “Why would we, since IT’S PART OF THE PACKAGE OF FORMS WE SUBMITTED OVER A MONTH AGO.”

“Well, New Hampshire” (where our forms were apparently were sent,) “hasn’t scanned them in yet, so why don’t you just have a seat, and they should be hear by 4pm. Or by tomorrow.” She honestly said it just like that, as in “well, if they’re not here by 4pm, just stay seated and spend the night.”

I was incredulous. At 3:45pm yesterday, the forms miraculously appeared, and I was able to sign a document saying my passport would be ready today. Three weeks after it was supposed to be. I get a receipt that says “come after 3pm to pick up your passport.” But the woman tells me I can get it anytime tomorrow, not to worry about the writing on the receipt.

You know what happened today I go downtown at noon to pick it up again, and shock, it won’t be ready until tomorrow. Which will be less than 14 hours before we’re supposed to travel. And yes, I’m scared to death that they’e going to screw something else up as well, and I’ll have to cancel my daughter’s vacation because she won’t have a passport. Based on a process I started A MONTH AND A HALF AGO.

And the best part? I got an email back from the passport office today, informing me that my initial enquiry couldn’t be answered, because they didn’t have enough information.

Six weeks in, I still don’t have a passport for my daughter, and her trip starts in less than 36 hours.

So what does this have to do with your business? Well, think of it this way… I had such an incredibly bad experience trying to get my daughter’s passport (WHICH STILL ISN’T RESOLVED AND I DON’T KNOW IF WE’LL BE ABLE TO TRAVEL ON THURSDAY,) that what it would take to provide even worse customer service is inconceivable. In other words, as long as I walk into your store or utilize your business AND YOU DON’T LITERALLY STAB ME, I’ll probably have a better experience with you than I had with the US Government.

Think about it: Every day, we’re being conditioned to except bad experiences as the norm. We’re TRAINED to show up two hours early because they’ll be late. We’re TRAINED to use expedited service because we don’t trust our request going through, and we’re TRAINED to know that nothing will go right the first time.

Imagine a transaction where it did go right the first time? Where I got what I asked for in the time I was told I’d get it? Could you imagine how over the moon I’d be, simply because you did something as expected?

So forget steaks at the airport. Forget balloons on your birthday. How about just doing what’s asked of you, in the time and way you’ve told your customer you’d do it? I guarantee you, do that, and you’ll not only double sales in a year, but your PR will be off the charts.