No I won’t subject my audience to your bullshit, so stop asking.

One of the more annoying things about going off the grid for thee days to hang with Penguins and Elephant Seals is that when you come back on the grid, you have to deal with the barrage of emails. I noticed something interesting as I was going through them, though – I had fourteen emails asking if I would share some bullshit with my audience, if I’d send a tweet about something on someone’s behalf, if I’d post about something on Facebook, someone even went so far as to ask me if I would make a mention on “all of my social channels” of their new thing.

My reply to 13 of 14 of them? Hell no. In fact, to one, I mentioned they should consider catching the bus right outside their door, the Nope 57, heading non-stop to NeverEmailMeAgainville.

Why? Because this: I have worked my ass off for years and years to cultivate the audience I have. I respect them, and I know that without them, I wouldn’t have a business or a brand. So my simply “having a big audience” doesn’t equate to my sending out annoying self-promotional posts about your bullshit that has absolutely no relevance to my audience in the first place! 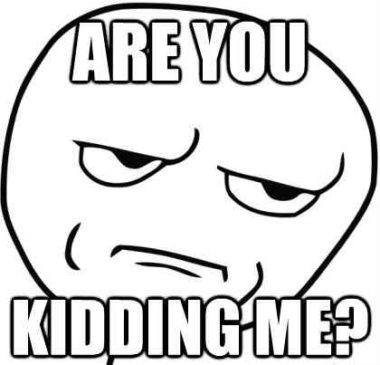 “But Peter, you’re such a nice guy! Why won’t you do this one little thing I’m asking for? It’s not that big of a deal, is it?”

Actually, it’s an incredibly freaking huge mountain of a deal. If I started posting things to my audience that had nothing to do with them, how long do you think I’d continue to have an audience?

Remember my favorite saying in the world: “Having an audience is a privilege, not a right. It’s exactly like wearing Spandex.” (Tweet this!) I can’t even begin to tell you how true that quote continues to be, day in and day out.

Want to promote your stuff to a huge audience? Great. Spend years cultivating an audience by producing great content that you know they’ll love. Do this religiously, day in and day out. Protect your audience with a fierceness of a tiger protecting her newborn cub. Don’t put anything else before your audience, and communicate with them constantly to find out what they like, and how their tastes are evolving. Once you do that, you can promote whatever the hell you want to them.

Can you use my audience? No, you can’t. But I can, and I can tell them why you aren’t allowed to. Which I just did.