If Your Customer Service Is Going to Be Ineffective, then be CONSISTENTLY ineffective

Flying from Canberra to Adelaide via Melbourne this morning, I check in at the Qantas desk, and get whisked through security to my gate. Two hours early, no lounge, so be it, I’ll do a live periscope from the gate. Cool.

A few minutes before boarding, in my efforts to be nice, I ask the gate agent if I should gate check my carry-on, since it’s slightly bigger than the Australian version of carry-on baggage (which, by the way, is apparently the size of a wallet.)

“Oh, we don’t gate check. We can bring it to the hold (baggage area,) but you’ll have to collect it at Melbourne to connect to Adelaide.”

“But, my connection time is only 30 minutes, right?”

“Right. So you won’t make your connection. As such, I’m taking you off this flight. You’ll have to exit through security, to go the ticket counter and get rebooked on a later flight since we can’t check your luggage all the way through since it’s too late”

I’m at the Sydney airport, headed to Canberra. I get to the gate, same thing. “Here’s a gate-check ticket, sir, just put your bag at the bottom when we board.”

Here’s the thing, guys – From a customer service perspective, Qantas has every right to deny my carry-on because they believe it to be too big. I’m cool with that. I really am. 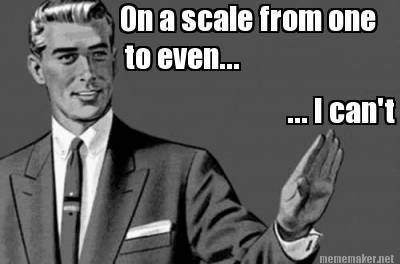 What I’m NOT cool with is a company enforcing the exact opposite rules on one flight that they did on a previous flight. Had the original flight from Sydney to Canberra required my bag to be checked, I simply would have  checked my bag from Canberra to Adelaide when I first checked in this morning, having understood the policies. Instead, I went by the rules I was told on my previous flight, and that screwed me.

If your customer service is going to be sub-par, then be sub-par consistently. That way, I’ll know the rules, know what to do and what not to do, and I wouldn’t be writing this blog post from the Sydney airport, with a three hour layover to Adelaide, as opposed to sitting in my hotel room in Adelaide already because I was on my original flight.

Same thing for any business: Want to be great? I can teach you how. I do it for companies around the world. Want to be terrible, that’s your right, too. But at the very least, be consistently terrible, so your customers know what to expect. I call that the RyanAir theory. RyanAir consistently offers the world’s worst customer service, but their customers know that, and plan accordingly. In this case, I expected more of Qantas, because that’s what they previously taught me to expect. Instead, I got royally screwed, and the chances of my using them again after this trip have plummeted.