I Quit Foursquare a Month Ago. Here’s how my audience has benefitted

63 airports in four months! 18 espresso bars! 14 casinos! #1 on the leaderboard for airport lounges! That used to be me. The second I’d wake up and turn on my phone, I’d check in on Foursquare, the geolocation/gamification/marketing/boasting tool that rose to prominence in the past few years.

Want to know where I was, where I was going, when I landed, or when I went somewhere else? Well, you could just follow me on Foursquare. I was vigilant about checking in, sometimes choosing a specific place to eat or drink based on whether or not I could get the “mayorship” there. It was a lot of fun for a while.

But then things started to change.

And everyone hates chores.

So I deleted it from my Galaxy S5, and here’s what happened.

The first day was a bit awkward, no doubt. My initial reaction upon going anywhere was to check in. Within six hours, I realized that there was no reason to do it. Let’s face it – Checking in at the local market where I always get my lunch was more habit than anything else. Same for the bank, the subway station, and the gym.

Ah, the gym. That brings up the concept of the “ego check-ins.” Just like anyone else, I’m ego-driven to a point. Long run? Documented. Boxing class? Documented. Cross the finish line of a race? Documented. And giving up Foursquare taught me something:

Essentially, Foursquare, (to me) has become the poor man’s way to generate content, the lazy way of interacting with those I wasn’t with at the time. And that really started to bother me.

Other things started wearing on me, too, like Foursquare’s infuriating lack of continuity. Gate 134A is not the same thing as Gate 134a or Gate 134-A. I’ve flown UA-9 from EWR to NRT 25 times in my life. But when there are SEVENTEEN UA-9’s to check in to, because Foursquare can’t scale their content growth, what’s the damn point?

Additionally, my habits were never more freely available for people to market to me things I actually wanted, but Foursquare could never seem to get it off the ground. You know how many times I was actually marketed to via Foursquare in all the years I used it? Once. Hell, Klout has given me better brand introductions than Foursquare has. KLOUT! That’s like saying that my cat turned out to be a better driver than Mario Andretti. But it’s true. Foursquare could have done SO much with the data they had on me, and I would have been fine with it, because it would have been perfect for me. Instead, I got to “load my Amex card” for automatic discounts. I tried that a few times. It never worked. Huge missed opportunity, and totally diminished the value of Foursquare to me.

Finally, as a runner, what put me over the edge and finally caused me to say goodbye to Foursquare was their CEO “banditing” the Boston Marathon, and then his subsequent non-apology for it. Sorry, but that was the final straw, and all I needed to delete Foursquare and lose the “check-in” stranglehold.

So what’s happened since? Well, like I said, I don’t miss it. If the purpose of check-ins is to share with my audience, then Foursquare was actually holding me back from doing that. Without Foursquare, I’m focusing on WHAT I want to share, instead of just “checking-in.” What does my audience want to know? Want to see? Want to learn? Not just that I’m at a restaurant. 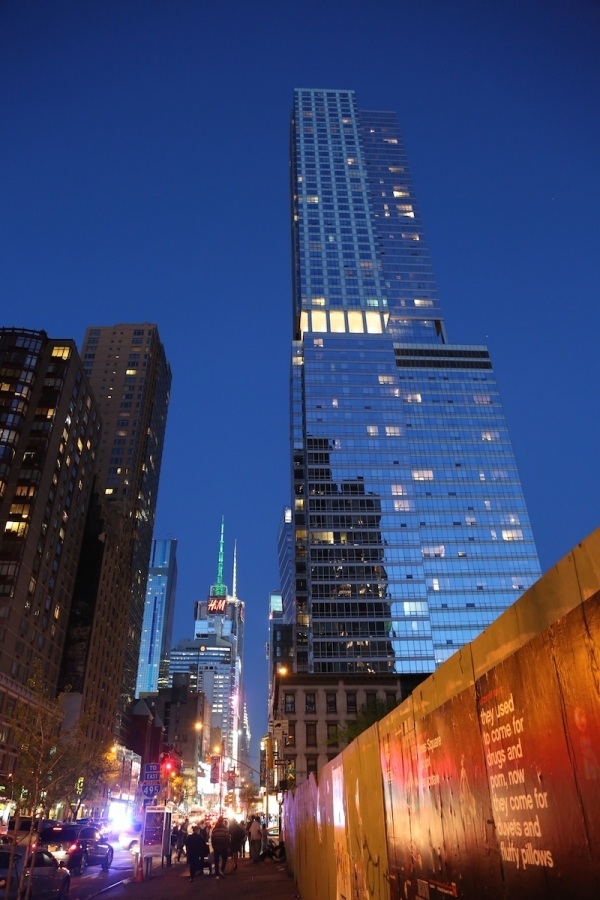 I’m creating much better content! I’m taking better photos. I’m sending out smarter tweets. When I want to invite anyone at EWR to be my guest in the lounge for the next hour, I simply tweet it and invite whoever gets it, which is what I would have done on Foursquare anyway, but now it’s personal. I don’t worry about checking into the “wrong” place, or accidentally being checked-in by someone else when I don’t want to be. Life has become just a touch simpler.

Now I’m really focusing on what I want my content to be, to signify that I was somewhere. I’m even taking my Canon 5D3 out with me more, now that I have an Eye-Fi card, and can transfer photos from the camera right to the phone. How else do I get images that look like this?

I really thought I’d miss Foursquare. I really didn’t think I could live without it. Turns out, what I really can’t live without is sharing. Now I get to do it a thousand times better, and my audience benefits that much more, because I’m putting much more thinking into what I share.

I say this every day: Having an audience is a privilege, not a right, just like wearing spandex. (Click to tweet this line!) As such, you have the responsibility to share well – To share worthwhile content. Not just to say “I’m here.” Giving your audience you have what they want, guarantees you’ll get the bigger audience you eventually want to get.

What do you think? Love Foursquare? Couldn’t care less? Tell me in the comments, and as always, thanks for reading.