Today, there was a small evacuation at Grand Central Station in New York City. It was so small, in fact, that the media didn’t even pick up on it.

However, all over Twitter, within minutes, the rumor mill had fueled stories of “Explosions!” “People dead!” and other mass hysteria.

Except, none of it was true. There was a stray package. It was proven to be nothing, life went on as normal. In New York, we call that “10am.”

So, as a former journalist (stringer for AP and Editor at AOL News) may I offer these tips on how use Twitter to report breaking or unfolding news or events.

Report what you know – And only what you know to be true. I had a journalism professor who said that a lot. Nothing is stronger than the truth – The truth that you know. If you see a car blow a tire outside your office, it doesn’t become “MASSIVE PILEUP ON MAPLE STREET, MANY CHILDREN DEAD.” A car blew a tire.

Try and verify with links. Even though mainstream media is ridiculously slow with links (see Michael Jackson story for reference) chances are, unless you’re there watching a plane crash into the side of a mountain, someone else has already tweeted it, and hopefully, someone has a photo. Do a quick scan of CNN, Google News, and even Twitter itself before you retweet something without any confirmation. If it comes out later that your plane striking a mountain was a cat climbing a tree, it’ll be hard to take you seriously again.

If people you trust are retweeting other things people they trust are saying, that lends a level of credibility to their tweet. If I hear something from someone I follow, I’ll still try to confirm with links, but if I trust them, I might be more apt to retweet immediately.

The Ferris Bueller report is NOT ok. In other words, “My best friend’s sister’s boyfriend’s brother’s girlfriend heard from this guy who knows this kid who saw an explosion in Times Square on a shaky phone video” is not accurate, trusted information.

Do NOT editorialize. Again, say what you know. “CNN REPORTING SEVERAL DEATHS WHEN TRUCK BOMB GOES OFF IN LAOS: LINK AT http://cnn.com/laos” is better than “HORRIBLE EXPLOSION IN LAOS, MANY DEAD, TERRIBLE TRAGEDY.” They both tell the same story, but tweet one is much more helpful.

If it’s a big story, look to see if there’s a Hashtag. If you can’t find one, create one, and try to be logical about it. “#NYCEXPLOSION” is a lot better than #BOMB.”

Scour the media and try and add interesting and NEEDED content. Retweeting essentially the same thing over and over does no one any good. Tweet what you know to be factually accurate, and help people find places to get other information. If you happen to have access to a blog, perhaps you can start putting together a feed on the issue that will automatically update via RSS. Tweet out that information so people can utilize it.

Twitter is truly changing the way information is received in breaking news situations. But – It’s up to ALL OF US to make sure we use it to the best of our ability – otherwise it becomes yet another causality in a long line of “too much noise, nowhere near enough signal” deaths.

Any futher ideas that I might have missed? Please leave them in the comments. Thanks! 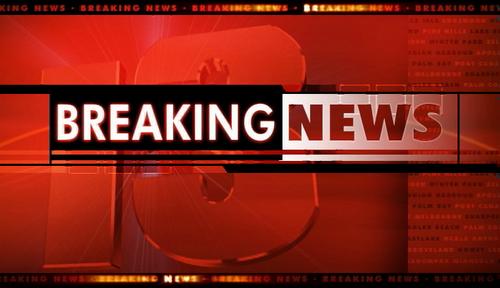