So I did a little math this morning, while waiting for my plane from Sydney to Canberra. (Pronounced “Can-bra,” as I learned.)

Between 2005 and 2015, I’ve sent close to two BILLION emails. Now granted, a ton of them were HARO emails, going out three times a day, five days a week, to a quarter million people, but a ton of them weren’t HARO, but were emails from me that I needed someone to read. The one thing I can tell you is that my emails, whether to a million people or to one person specifically, always get read. With your permission, I’m going to teach you , in a few simple steps, how to do the same, no matter who you’re emailing.

Subject lines are EVERYTHING, and they simply MUST include a benefit to the reader. You know what emails I figuratively jump through my phone to read? Ones with subject lines that benefit me. Example: Any subject line that begins with “ITEM #” tells me that it’s a payment, whether for my Business Mastermind series, speaking, consulting, or anything else I do for which I get paid. There is NOTHING better than landing after a long flight and seeing a ton of “ITEM #” emails in your inbox.

Want to be read? Make sure the subject line contains an immediate benefit to the reader. “Speaking opportunity for you” is guaranteed to be opened. So is “Potential consulting gig,” or “CNN HIT TODAY AT 4PM.” “FYI” doesn’t get anywhere near the same attention as “CAN MEET EARLIER IF YOU’RE FREE” does. 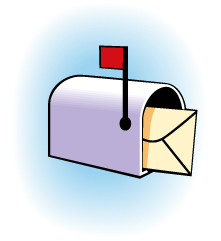 This is one case where size DOES matter, and in this case, SHORTER is BETTER! The majority of emails today are being read on a mobile device.. That means if you write an email that’s a thousand paragraphs long, my first reaction will be to leave it in the inbox until I get to my office and can sit down and read it. Which sounds great, but isn’t. Why? Because by the time I get to my office and actually have the time to sit down and read your email, it’ll be buried under fifty new emails that have just arrived, and I won’t remember to read it. I’ll get to it a month later on a flight to Tokyo, as I clear out my inbox to kill time after watching every movie on my laptop.

The perfect number of lines in an email is debatable, but I’m a fan of three or less.

Three lines or less fits on one screen of a smart phone without scrolling. It’s also a perfect amount of words that can be read in about ten seconds, while walking down the street, from meeting to meeting, or from security to airline gate. It’s concise, and can immediately be responded to. Here’s one of the absolute best emails I’ve gotten recently:

What do they have in common? I can read without scrolling, and replies can be just as easy. In fact, my replies can be dictated into my phone, because I can read the email, digest it, and reply immediately. These emails get an immediate response, after which I can file and forget.

The most readable emails have a clear and concise call to action that’s immediately recognizable. Nothing drives me crazier than going through an entire email and not being able to figure out what the sender actually wants. If you’re asking for something from me, how hard is it to make it clear in the first paragraph?

I’m a huge fan of the term “tl;dr” – Stands for “too long, didn’t read.” When I need to send an email followed by a lot of information, the first paragraph is ALWAYS a “tl;dr.” That way, the recipient knows what’s being asked, and can make decisions before entering a full relationship with the email.

tl;dr: The closing keynote’s wife is scheduled to give birth the day after the keynote. He’s worried about being there on time, and was wondering if you’d be willing to switch so that he did the opening on Tuesday, and you closed on Thursday. You ok with that? Let me know.

That’s it. No long story, no scrolling. I can reply immediately. Done and done. The situation is resolved in under 30 seconds.

Finally, no attachments. There’s absolutely no reason to attach anything to emails anymore.

Let’s face it, attachments on a phone are a true pain in the ass, and have yet to be perfected. More often than not, if you send an attachment, reading it on a phone becomes an effort in knocking my head against the wall. Instead, get familiar with Google Drive, DropBox, iCloud, whatever floats your boat – Spend the $5 a month, you damn cheapskate, and get a professional account. Then simply send LINKS to the files in the emails. Not only does it make the email easier to receive, but to read, as well:

Mark: I know you asked for a few different corporate head shots of me for your magazine. Here’s my headshot folder, just pick whichever ones you’d like. Cheers, -Peter

Done and done. I can forward the link, automatically add it to my DropBox or Drive, whatever, in a flash, right from my phone, done and done.

In the end, an email is a request of someone. You’re asking someone to do something, whether it’s a huge favor, or even just the request of reading your email. Why not make it as easy as possible for them to give you what you wants?

Comments? Other tips? Let me hear them below. As always, thanks for reading.