How to make the perfect email introduction

A constant: I get introduced to a lot of people each day, usually via email.

A corollary: The majority of those introductions are completely useless and nothing ever gets done from them.

Email has made it so easy to introduce people, but has caused us to forget how to do it.

While I’m super-appreciative that people think me worthy of making an introduction, the majority of the introductions I receive, sadly, go something like this:

Seriously, do you realize how frustrating it is to receive an email like that? I mean, how do you even respond?

“Hi, Todd. And thanks for the intro, Michelle. So, Todd… Um… What exactly are you doing?”

“Peter, meet Todd. I thought the two of you would benefit from knowing each other – Todd has a small customer experience company that’s growing rapidly, and he works with big-name clients trying to improve the experience they give to their customers. Todd, Peter is a best-selling author on the topic of customer service, and gives corporate keynotes around the globe on the same topic. I think they two of you might be able to partner and do some great things for both your businesses. Additionally, you’re both cyclists who tend to bike in Central Park in ridiculously early hours of the morning.” 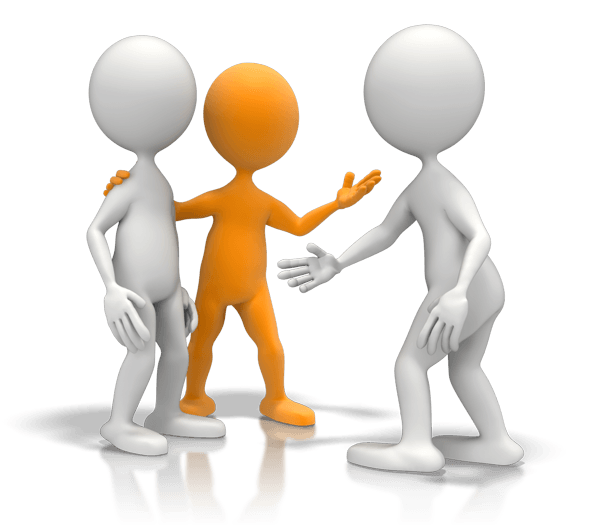 Don’t just do it for the nice. When you’re introducing two people, you’re taking valuable time out of each of their days, hopefully for some greater good. So before you make the intro, ask if there’s true value for each participant in the introduction. If there is, then make it.

The intro has to include more than “This is John, this is Mike.” If you don’t tell me something of interest about the person to whom you’re introducing me, a reply is super-awkward, and becomes more of a pitch, less of an intro. “I’m really cool, even though you know nothing about me. Please talk to me?” I get that you think there’s something worth doing in this intro – But no one has the time to guess what that is. Why not help us out and take the guesswork out of the introduction?

Just because two people have something in common doesn’t mean there’s value in an intro. I remember back in 2008, my assistant was single and looking to date. I was at a corporate event with her, and was talking to a nice guy who mentioned he was also single. I said, “Oh, Meagan, meet Mike. You’d love him, you’re both single.” The look she gave me could have cut glass. I’ll never forget that look. It shook me to my soul.

Make sure there’s a true benefit to the introduction, not just “Hey, you’re both mammals that breathe air.”

Introductions can be tremendously valuable when done for a quality reason and the right way. Before you hit send the next time on two people “who simply must know each other,” make sure there’s a true reason why they should, and explain it to them. In the end, you’ll be doing them a massive favor, and if they wind up hitting it off, either personally or professionally, they’ll have you to thank for it!