Today, I am simply NOT Mary F’ing Sunshine.

One of the joys of running a small business (or having any kind of job, really) is that usually, you really like it. “Usually,” however, is the clutch. There are days when you just won’t like it. You’ll be in a shitty mood, either from work or something else, yet you still have to go in and smile like you’re the happiest person in the world, not a thing bothers you, and life is just a bowl of ripe, freaking peaches. 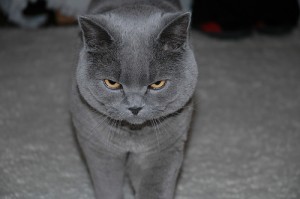 I WILL FREAKING KILL YOU.

I’m having one of those days now. It’s a fun little combination of things. A fight with the fiancé. A bad workout, coupled with a trainer who weighs about nine pounds soaking wet, eight of those pounds being muscle, telling me that he thinks I can do more and am giving up. A week of living out of boxes, because even though my new place is bigger, there are less closets, and until I have a contractor (WHO WON’T FREAKING CALL ME BACK) come in and build new cabinets, I’ve no place to put all my crap… Whatever. It’s been a shitty week. It happens. But it doesn’t have to result in you losing customers, friends, followers, fans, or revenue. Here’s a list of ways to deal with having a crappy week, without getting the rest of the world to hate you.

1) Put down the device. Nothing good ever comes from posting publicly what a crappy mood you’re in. (Unless you’re doing it in a blog post with the goal of helping people, so shut up.) No one wants to know you’re having a tough time – Close friends do, and they’ll be there to help you. But your followers and fans have their own crap to deal with, they don’t need yours. Tweeting how your life sucks at the moment guarantees only one thing: You’ll lose followers and fans. Don’t do it.

2) Stop thinking you’ll just “burst out of it” when you get to work, or when you get home, or whatever. Bad moods take time to shake off. You can’t just plan to be in a good mood at 8:56am as you walk in the door. It doesn’t work like that. Instead, know that you’re in a bad mood, and don’t make it worse by expecting things to just “clear right up.” When that doesn’t happen, it’ll only make you angrier.

3) Hit the gym. Really “HIT” the gym. There are reasons big lug-type guys fight. There’s a chemical reaction that occurs when your fist hits something else, whether it be a person who really deserves it, or a punching bag. However, the former can get you a nice lawsuit at best, and a weekend in jail at worst. So hit something that can’t sue or arrest you. Go to the gym and start punching a bag there. Ask a trainer to show you how if you’ve never done it. Or, make your own. Go get some sand, put it in a pillowcase, and put the pillowcase against the wall. Tie the pillowcase really tight, so the sand is compacted, and punch away until you’re out of breath, and the endorphins have kicked the bad mood out of your head.

4) GTFO. Get out your geographic situation. If you have the ability to work from somewhere other than the office for a few hours, do it. I’m currently writing this blog post in a little park on 43rd St. between 9th and 10th Avenues. Why? Because it’s not in my apartment surrounded by boxes, and it’s not near any of the people who’ve recently pissed me off. I’m currently surrounded by two homeless guys, one chain-smoking construction worker, and a guy on his mobile phone complaining that “Well, he won’t remove the post from Facebook, and it’s making me look stupid.” See? Everyone has problems.

5) While I don’t wholeheartedly endorse this next one, sometimes, it works. Get shit-faced. Sometimes, it’s just what you need to do. BUT… There are right and wrong ways to do it. A) Get a best friend who won’t judge you. B) Go to a bar where no one knows either of you. C) DO NOT BRING ELECTRONIC DEVICES. D) Stop JUST BEFORE “OK, let’s have one last one.”E)  Go home, drink a lot of water, and go to sleep. Sometimes, it just works. Again, I don’t recommend doing this a lot, but every once in a long while, it’s exactly what’s ordered.

6) Borrow a dog. If you don’t have a dog, borrow one. Go to a park, and play with it. You simply can’t be in a bad mood if you’re playing with a dog.

7) Go spend some money. I’m not talking about going to Vegas and blowing a second mortgage at the Venetian, but go buy something you’ve always wanted, even if it puts you in a slight bit of debt. A new Plasma TV. A new set of steak knives. Whatever you like doing, buy something that lets you do it better.

8) Talk to somebody who you PAY to listen. I’m not talking about bugging a friend, although that’s a good idea, too. I’m talking about someone who has no choice but to listen to you, because their livelihood depends on it. A manicurist. A masseuse. A therapist. Someone who has to listen to you, and won’t pass judgement. If we didn’t get pissed off from time to time, these people wouldn’t make a living.

9) Do something that scares you. Go skydiving. Learn to mountain climb. Something that breaks you out of your rut will help you overcome your anger.

10) Finally, and I know this is lame as hell, know that this too, will pass. Your anger will go subside, and be replaced by happiness. It has to, because we can’t survive if we’re angry all the time. So yes, it sucks. Embrace the suckage, knowing that at some point in the very near future, it’ll go away, and you’ll once again be happy.

As for me… I’m going to go find a punching bag and beat the ever-living shit out of it. Happy Friday.