How to Be a Guest Expert on Any Television News Program

Having been a guest on a TV show at least once every few weeks (usually more) for the past ten years, I can tell you without fail that getting your face on TV is a beneficial way to promote yourself, your business, or a product you might want to share. (Think an upcoming book.) It improves your credibility, enhances your biography, and offers a nice piece of content that you can then share with your world. Finally, who hasn’t wanted to make their profile photo a picture of them being interviewed with their name and the logo of a national news station on the bottom right of the image?

Television producers are constantly looking for new and engaging guests who can bring a unique point to their viewers. Some shows specifically want those guests with contrary opinions to the host (think The O’Reilly Factor) while some are looking for straight up knowledge into a world that’s foreign to the anchor. (Think an air safety consultant after a commercial plane crash.)

The key to being the one they call comes down to a few simple rules. Follow them, and you’ll greatly increase your chances of being called.

First off, know that senior producers, producers and then assistant producers call the shots. Not camera operators, and certainly not the anchors. After you’ve been on several times, perhaps the anchor might occasionally request you, but in terms of booking a guest for a breaking news segment? That’s almost exclusively the producer’s job.

Your first goal then, should be to find out who produces the programs on which you want to appear. Twitter is amazing for this, as is LinkedIn. The more homework you do, the better off you’ll be when you reach out to let them know who you are… 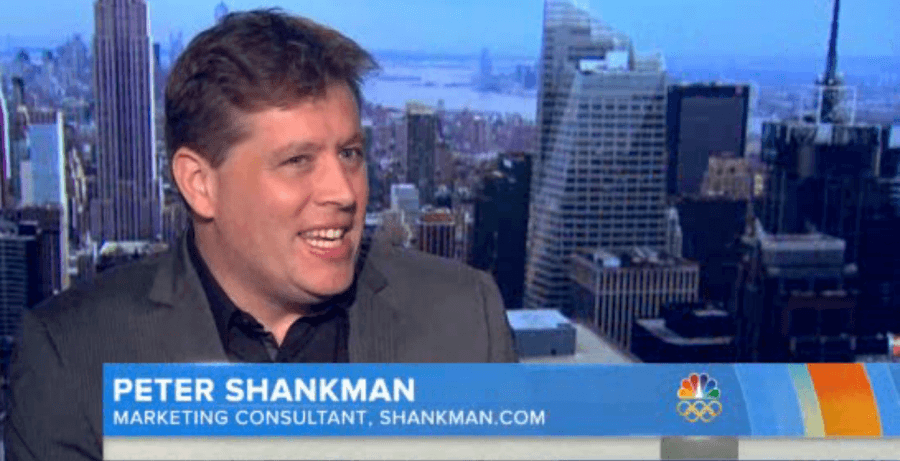 …Which, by the way, is NOT during a crisis. When a breaking news story unfolds, producers have one job: Get guests who can add value to the story on the air, immediately. That’s it. They’ll always go for the guests who have been on their shows before, who they trust, and who they know will probably be available. They won’t even begin to look at new emails until the crisis has faded. This is just common sense. Fight the biggest fires as they burn, right?

The time to reach out and introduce yourself is when nothing is going on in the world of news. Send an email mid-day sometime, and make it brief, to the point, and avoid any “cutesy” or jokey stuff. An example follows:

Just a brief introduction for the next time you’re doing a story on bad customer service. My name is Peter Shankman, and I’m a customer service and marketing futurist. (You know, stories like how when an airline makes a wheelchair-bound passenger walk down a flight of stairs, or something similar.)

I have four books out on customer service, including my most recent one, a best seller, called Zombie Loyalists: Using Great Service to Create Rabid Fans. A review version of that book is here (LINK, NOT AN ATTACHMENT.)

I’ve been on TV many times before, and am more than comfortable on camera without any prep. I’m based in New York City, close to STATION’s studios, and can usually be there with less than an hour’s notice.

My larger biography is at www.shankman.com/about, and if I can ever be of any help to you in the future, please feel free to reach out.

That’s it. Your goal is to get into their rolodex, so they’ll call you when they need you. There’s nothing wrong with sending out this introduction to every producer who works every show you want to be on, since you’re not pitching a story, but rather, offering help. But remember, stay on point.

Once you’ve introduced yourself to the producers via the methods above, when breaking news does happen, and it fits perfectly with your expertise, you can send a brief email to the producer that goes something like this:

Subject: EXPERT FOR YOU RE: BREAKING WAL-MART CUSTOMER SERVICE DISASTER

If you need customer-service experts as guests today, I’m in NYC, available, and have written four books on customer service, including two best sellers.

My belief is that Wal-Mart, while they definitely made a mistake here, won’t be hurt by this in the long run, because social media has such a short attention span. If they’re smart, they’ll publicly announce better training for their greeters, so that this doesn’t happen again.

Happy to chat about this on-air, as it fits right into what I teach my clients, who include Fortune 100 companies all around the world.

That’s it. Short, simple, and to the point. If the reporter gets back to you and wants you on the air, make sure you have a high-quality jpeg of your book cover that you can email to them, so they can cut to it live.

When you get the call, drop everything else.  Your goal is to get to the studio early (they’ll probably send a car for you,) be dressed appropriately, and be ready to go. I always keep an extra suit in my office for when I’m there and I get a call. (I usually wear t-shirts in the office.) Unless you’re about to give birth, (like, actually in labor,) or you’re on an International Flight that’s unable to divert, it’s never a good idea to say “no” to a producer’s request for you.

You’ll arrive, go through make-up, and they’ll mic you up. Have your phone OFF. Not just on silent, but OFF. Phones can destroy wireless mics, and if that happens on-air, I guarantee you’ll never be invited back.

Smile when introduced, talk to the host, and give quick, succinct answers. No over-the-top jokes, essentially, follow the host’s lead.

When you’re done, drop a quick email to the producer, thanking them for the opportunity, and reiterating that you’re always available, anytime they might need you.

Remember: Breaking news is fluid – so don’t be upset if you get there, and right before you go on air, you get bumped. As someone who’s gotten bumped countless times, for the US President, for even more breaking news, for tons of stuff, don’t take it personally. Smile, and remind the producer you’re happy to come back, anytime.

Bonus: Once you’re off the air, and cut to commercial, if you absolutely must, you can take the quick selfie.

Once you’re done – Never ask for a video copy. They won’t give them to you, and it annoys the producers. Rather, set your DVR before you leave the house, and grab the images or video from there. You can then use it for your performance reel, or just to spice up your Facebook page.

Any other best practices for getting on TV? Let me hear them in the comments.

Oh, and Zombie Loyalists? That’s a real book. It’s coming out in January. You can pre-order it on Amazon here.