How do you define”Off the Grid?”

I have this friend, a running buddy. She works as an accountant. She goes into her office 50 weeks out of the year. But for two weeks a year, she isn’t in the office. She’s in Africa, or South America, or some other place, on a vacation. She doesn’t bring a cell phone. She doesn’t bring a computer. She brings a camera, and some clothes.

She comes back, two weeks later, refreshed, full of life, and tons of great stories and photos, which she posts online and shares with her friends. For those two weeks, though, we don’t know if she’s alive or dead, and I’m pretty sure the world could blow up sans her location, and she’d never know. To her, that’s all ok, since she’s completely “off the grid.”

But what does “off the grid” really mean?

The Urban Dictionary defines “off the grid” as “untraceable through normal means.” (They also define it as buying a mobile phone on the AT&T Network, which I find really funny.) For some people, going off the grid is the antidote to their daily lives of constantly being connected, and it allows for a recharge or rebirth, as it were, before heading back to the grind, as exemplified by the example of my friend above.I never truly understood that.

I’m leaving next week for Asia for 9 days. I’m kidnapping someone I really like, and we’re going to the middle of nowhere. I’ll be sitting on a beach on an island in Thailand, yet will still be very much connected. I’ll be working a little bit, perhaps answering an email here and there. I’ll do an occasional Skype call, and I’ve got my KGO interview already lined up. 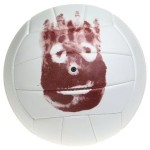 I told another friend of mine that this was my plan, and they looked at me like I also said I was planning on shacking up with a Ladyboy while I’m there.

Fact is, I can’t “relax” like a normal person. I blame my parents. They retired for about an hour a piece before becoming NYU professors and starting second careers. They didn’t need the money, they just don’t know how to relax in the normal sense of the word. And neither do I.

Perfect spot for a WiFi router

I tried it once. I lasted a few hours. I was angry, irritable, and not a happy person by any stretch. The person I was with, who so badly wanted me “off the grid,” had a horrible time. For her, it was an entirely different way of life. So for me, working, doing deals, generating new revenue streams IS relaxing! I’m fortunate that once in a while I get to do it under a palm tree. But insofar as going off the grid like my running buddy? I’d last a half hour before I put a bullet in my brain.

However you choose to define “off the grid,” or even “working,” that’s fine. The problem happens when you try and force others to agree with your way of thinking.

What’s your definition of going off the grid? Are you like me, or like my running buddy? And for that matter, what’s the perfect definition of “relaxing” for you? Tell me below.