Wouldn’t be the first night of CES if I didn’t wake up the second morning with a headache. I always love the logic. Take a bunch of people, all of whom have had no sleep from travel and very little sleep the day of, and throw them into several parties, all with free (and plentiful) alcohol. It never fails.

Night started off at the SpetronIQ party at the Hard Rock Hotel’s penthouse. The one with the Bowling Alley in it. Free t-shirt if you’re the first who can correctly identify the two people I’m with. 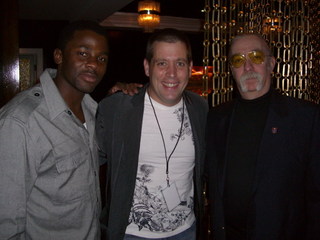 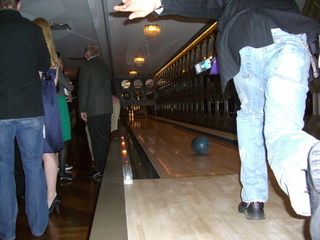 After that, it was over to The Wynn Hotel for the Wall Street Journal party. Apparently, going to tabloid size meant they have extra money to spend on food, ice sculptures, and logo projections on to waterfall rock faces. Truly beautiful party. 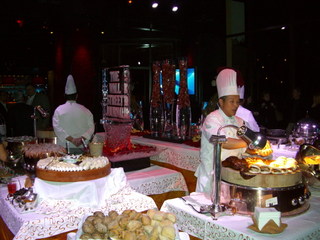 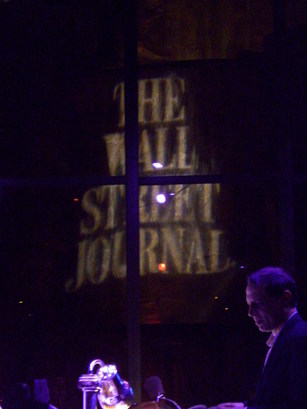 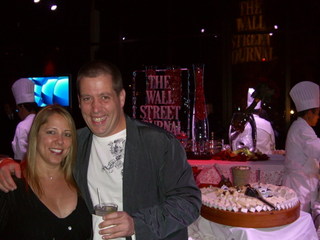 PS: Note Jackie Stone of Digitas. How come whenever there’s a good party anywhere in the world, she’s there? If some kid in Malaysia turned seven, but it was the party to be at, Jackie would be all like, “Let’s see if we can get clients in Malaysia!” That’s just how she rolls.

Now PR kiddies, hold your breath… Remember the time when you went to Universal Studios and had your photo taken with like, the monster, or the alien, or the living legend, and you were all like, “how cool am I?” 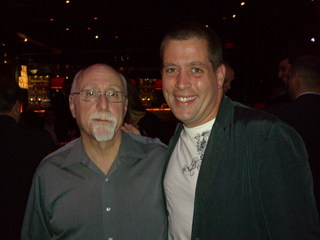 Coolest thing was, when I introduced myself to him, he KNEW WHO I WAS! I was flying for the rest of the night. And not simply because of the drinks.

Met this gentleman with the COOLEST thing on his wrist – Can you say “SKYDIVER WANTS ONE?” It’s a 2-gig wrist-wearable video camera. The drool coming from my mouth was cause for six people to slip and fall. 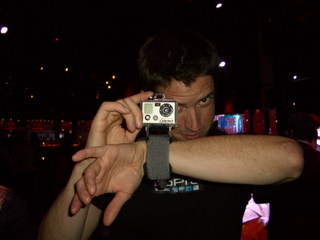 After leaving the Journal party (but not after taking tons of the Chocolate Covered Strawberries,) 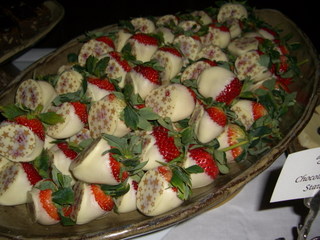 , we made our way to the CNET Party at the Palms, in the Playboy Suite. (Yes, Playboy has an actual bi-level suite.) 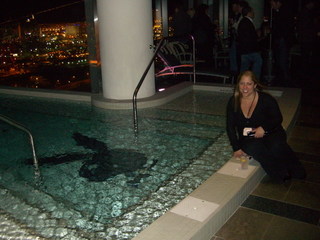 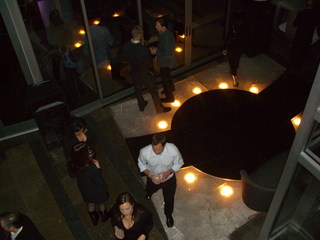 Of course, let us not forget the REVOLVING BED. (Giggity.) 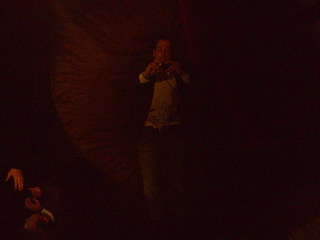 Before I knew it, it was after 12:30 PST, and I’d been up for about 24 hours. Time to head back to the Alladin and pass out. So I write this from the press room with a slight headache. But on the plus side, I haven’t yet had time to lose money.

PS: Tunnel flying at 3pm with Nicole Sheridan today. My one hour break from the show. And no, she’s just a friend.