Are we ever going to &quot;get it?&quot;

The majority of questions they asked me afterward fell into the following categories:

1) So how do we get more followers?

3) Should we hold a contest to get more followers/likes?

4) How do we get our followers/likes to spread the word about us?

These are smart people. These people are the marketing force behind a company that interacts with millions of people through multiple brands every day. These people aren’t stupid – They didn’t just come off the bus this morning.

But you say “social media” to them, and you have the ability to lead them around by waving a shiny object. 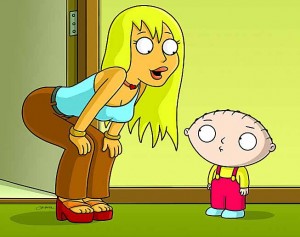 Who’s a good social media drone? You! Yes you are!

Perhaps, short of a cattle prod, we need to start being more forceful not only with our clients, but our bosses as well? Perhaps it’s time to smack some sense into people, and pull back the curtain? The Emperor has no clothes, Oz is a small old man, and they both need to go back to basics.

Basic #1: IT’S ABOUT MAKING MONEY.If you walked into your boss’s office with a marketing plan that involved spending twenty million dollars on advertising, two Superbowl ads, a bunch of events, and fourteen different venue advertisements in nine cities, and the goal of the plan was “to make people like us,” you’d be kicked out on your ass so fast, it’d make your head spin. So WHY IS IT OK to do the same thing by changing “marketing” to “social media?” It’s NOT! Everything we do in social media should be tied, in some way, to generating revenue. You think that any major company puts together marketing plans without thinking about how it affects revenue? NO! In fact, I was in a meeting with a very large company where the CEO (a brusque, very frustrating man to work with) said it quite effectively: “If you spend one dollar, it better be to make two.” If we really want social media to be taken seriously, we’ve got to start thinking less like social media geeks, and more like effective marketers.

Basic #2: YOU DON’T MAKE MONEY WITH CONTESTS, PROMOTIONS, OR FREE STUFF.Holding a contest DOES NOT bring in new customers that want to buy. It brings in NEW CHEAP PEOPLE who want to WIN FREE SHIT. Contests are futile for attracting new, spending customers. Want to hold a contest? Do it for the customers you already have! Let the contest work on enforcing your brand in their heads, and making them think about how much they love you. Contests and promotions are NOT a good way to drive new, engaged users, and anyone who says differently is lying.

Basic #3: Number of Twitter followers are the new Penis Envy.Gary Vaynerchuk said it best: I’d rather have ten followers who engage with me on a regular basis than a million who don’t give a shit. And he’s right. I’m probably one of the only people out there who actively try to GET RID of followers to whom I don’t believe I’m adding value. I’ll actually DM some followers who have never interacted with me and ask them if they’re finding value in my tweets, posts, or the like. If they respond with “no,” I suggest they find other people better suited to following that will provide them with better value. When it comes down to it, the number of followers or fans you have doesn’t matter if nothing you do or say to them moves the marketing and dollar needle in any way.

Basic #4: CONVERSATIONS happen over beers. ENGAGEMENT happens over cash registers. Yes, it’s lovely when a brand converses with me. But you know what? A conversation isn’t going to make me buy. A conversation is something I have with my running partner during my cool-down run about how shitty my non-cool down run was. I don’t want to converse with Nike or Pepsi. I want them to notice that I’m buying their product and reward me. I want them to help me when I have a question, and I sure as hell want them to engage me when I reach out with a problem. Conversation? Leave that for the Friday night bar-after-work scene.

Basic #5: Much like charity, all this stuff starts at home.When it comes to reacting or putting out fires, social media shouldn’t be your go-to-guy. It shouldn’t be the “Oh, not a problem, we’ll just monitor Twitter” common answer. If you’re really good, it shouldn’t even come to that in the first place, because your company’s customer service was so good to begin with, that it never HAD to make it online! I went to Verizon a few weeks ago to see if I could buy the new Blackberry at full price, out of contract. Was told by the woman at the counter that I couldn’t, even at full price. Right there, that should never have happened. It was obvious that the woman behind the counter was reading from a script. I don’t blame her, I blame Verizon for not letting her be adaptable. So I tweet to Verizon about the stupidity of them not wanting to take my money, calling it a fail. After six hours and no response (why does Verizon even HAVE a Twitter account if they don’t use it,) I tweet again about Verizon failing to fix my first problem, or essentially, a double fail. Two days later, I get an email from Doug over at [PR firm name removed after a very humble request], who handles PR for Verizon, asking what happened. I tell him. Guess what happens? HE DOESN’T RESPOND!! Congratulations, Verizon – You’ve just achieved a triple play of failure the likes of which haven’t been seen since the 1994 New York Mets. Well done.

It’s simple, people. We either get it, or we get eliminated. Bloody hell – Is it really that freaking difficult?

Is it? Tell me in the comments.