One of the nice things about flying close to 250,000 miles per year, is that I get the majority of my work done in transit. From blog posts to books, almost every piece of written content I produce is written on a plane. Yesterday was a good day for me, as I was able to write three chapters of Faster Than Normal: The Book, which is scheduled for publication by Tarcher Perigee in October of 2017.

Writing is something I’ve always loved to do, but being ADHD, it’s difficult to find ways to do it that allow me to enter my zone of focus, without being constantly interrupted by something shiny, the Internet, a text, or a cat. Then, about nineteen years ago, I discovered business travel.

Yesterday’s flight, United flight 86 from Newark to Shanghai, was no different than the majority of flights I take. Armed with the right tools, I can turn almost any airplane into my own private writing studio, that allows me to focus, block out all distractions, and get words down on paper. Or in this case, on laptop.

My tools are simple:

On international flights, I’m fortunate to be able to travel business class, which lets me plug in my computer and not have to worry about my battery dying, but the Macbook Air has a pretty decent battery life regardless, and if I lower my screen brightness, I can usually get at least seven hours out of a full charge, if not more.

flux is an amazing little extension that… “dampens” the screen – I guess that’s the best way to describe it. It takes the harsh lighting of the Macbook and makes it a little more pleasing to the eye. It’s designed mostly for people working at night, so the screen doesn’t screw with your sleeping ability. (It’s why Apple created Night Shade for the iPhone…) But the added bonus of flux is that for me, at least, writing on a dark plane with it is so much more comfortable on the eyes than without it. It’s a free download – Give it a shot.

Even when flying domestically, coach isn’t that bad for writing. The key is to keep the laptop on your lap, as opposed to the tray-table. Doing this protects your computer from being squashed when Tourist McTourface slam-reclines his seat back as far as humanly possible, right into your knees, and your screen. If you’re going this route, I recommend you pick up the ThermaPAK HS15A HeatShift Laptop Cooler

for your laptop – Keeps your laptop (and more importantly, your lap) cool throughout the flight.

Either way, here’s how I write: Feel free to to share it on Twitter by clicking here!

Soon as the door closes, I fall asleep. Sounds crazy, but there’s logic in it – Studies have shown that the forward takeoff motion of the plane (specifically, the extra g-force exerted on your body) make you extra tired. So if you sit down and immediately pass out, you can grab a 30 minute or so nap until you’re at cruising altitude. It’s ridiculously refreshing, and I find that it wakes me up into a great headspace for writing.

Once we’ve leveled off, I pull out my laptop and plug it in. I turn off the WiFi and leave it off the for entire flight. I put on my headphones and launch Ommwriter. If you haven’t done any writing on Ommwriter, you don’t know what you’re missing: 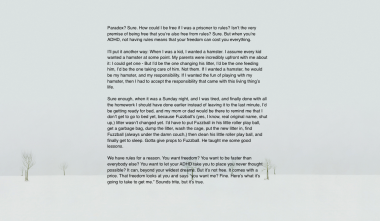 Ommwriter is essentially a blank canvas for your writing. Unlike Word or Pages, it doesn’t have a lot of fancy menus or tools, it’s simply a white page on a stunning snow scene background, that takes up your entire screen. It blocks out all system notifications as well, so all you have in front of you is your words. Each keystroke has a faint click, and it can play soothing music in the background as well. It’s a game-changer for focus. I discovered it about three years ago – I can’t imagine writing on anything else.

If I’m in business class, there’s always food, but I don’t eat on planes. It’s not because I don’t like airplane food, (United’s biz class meals are actually decent,) but rather, if I fill myself up on the meal, I’ll get logy and kind of blah, and my ADHD will go through the roof. Rather, if I just stick with water or club soda for the duration of the flight, my entire body focuses on the writing and nothing else. Now granted, fifteen hours is a long time to go without food, and you might think the brain needs food to think, but for me, I’m better if I’m not eating. Of course, as soon as I land and get to the hotel, I’ll hit the gym and then have a small meal, and get to bed. If you can’t handle not eating for 15 hours, eat something light with some protein and fats – a protein bar or similar is usually good enough. I love me some Quest Cookie and Cream Protein Bars

, but it all comes down to preference. High amounts processed carbs, like most airplane meals, will just shut you down and your productivity will drop through the floor, so avoid the candy and airport sandwiches, if you can.

The one thing I can’t get enough of on planes, however, is water. If you’re in coach, buy your water before the flight, one glass or two from the cart is nowhere near enough for anything over two hours. My rule is usually a liter an hour, if I can. Flying is dehydrating, and dehydration causes brain rot, which doesn’t lend itself well to writing.

Regarding sitting – If you have a jacket with you, roll it up and place it behind your back, just above your butt, so it pushes your spine a little forward. This forces you to maintain better posture, and helps prevent cramping and achy muscles when you land. If you’re in business class, do NOT put the leg rest up. Keep it down, and keep your feet firmly planted on the floor. This prevents you from slouching over in a horseshoe fashion. That’ll destroy your back if you do it for long periods of time. (I speak from experience.)

Once we’re in flight, and I’m awake, settled, and watered, the seat belt stays on, and I go to town. I restart my computer, open two applications (Ommwriter and Pages) and go to town. Pages keeps my notes, as well as what I call a “Scratch pad,” where I can write down thoughts or whatever, that don’t fit into what I’m writing at that moment, but I’ll want to use them later. Command-Tab flips between the two, and no other applications come out while I’m writing, except for iTunes for music. 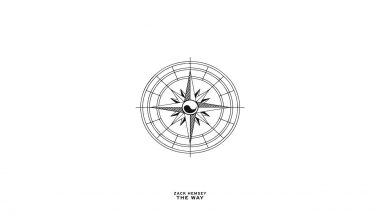 I have a “plane writing” playlist, that includes Blackmill, Zack Hemsey, and lots and lots of instrumental movie soundtracks, like The Rock

, The Fugitive, Class Action, Armageddon, The Book of Eli, and others. Instrumental music when I write is a necessity. If I listen to music with vocals, I’ll wind up singing along in my head, and there goes my focus. Once the music is on, I simply start to write.

Back in college, I got into the habit of saving every time I filled up a page, and it’s stayed with me to this day, even though nowadays there’s autosave on most every program. Additionally, every 3,000 words or so, I’ll stand up. (Always get an aisle seat if you can.) Sitting in a chair for 15 hours isn’t the greatest thing for you, and frequent breaks to stand and stretch on a plane are mandatory, both to help prevent things like DVT which can kill you, but also to prevent writer’s block. That’s where plane exercise comes in.

On a 15-hour flight, I’ll usually head to the galley at least four times, and drop for either pushups or squats. I make sure the flight attendants are ok with it by asking first, and I don’t take long. Ten, maybe 20 pushups, and I’m headed back to my seat. (Always ask first, says the guy who didn’t ask once about ten years ago, and found himself having a lovely one-sided conversation with an Air Marshall.)

The benefit of a quick exercise hit is two-fold. Obviously, getting the blood flowing prevents DVT, but the bigger benefit for me is the shift in brain chemistry. Studies have shown that as little as 10 pushups can alter brain chemistry, releasing dopamine, serotonin, and adrenaline, which, for someone with ADHD, is our most sought after chemicals. So a quick round of pushups or squats have multiple benefits.

When I’m done writing, before I shut off my laptop, I’ll make a copy of the document, and transfer it to Dropbox, so the second I connect to the Internet, it backs up to the cloud. Just to be safe.

Next thing I know, I’m usually being told to put the laptop away, as we’re on final approach. I land halfway around the world, and I have several new chapters of content, done and ready to be copy-edited.

I occasionally use affiliate links, and any revenue that comes in from those links goes to help local animal shelters in the NYC area, because it’s a decent thing to do.