7 Ways to Get The Most Out of Your Next Trade Show, Event, or Conference

Take it from someone who keynotes at over 250 corporate events, conferences, trade shows, and meetings around the world: You can double (or even triple) the value of any event you attend by spending a few hours doing the simplest of things long before the event starts. I’m going to give you the top six things (plus a bonus thing) you should do before every event you attend, whether it’s a 20-person breakfast or a 10,000 person multi-day trade show in another country. And these simple things? They work SO WELL, simply because no one ever bothers to do them!

TIP ONE: RESEARCH! No one bothers to do research anymore. Spend twenty minutes a day for three days doing research long before the event starts, and you’ll be the smartest person at the conference. It could be simple research: Who else is attending? Or even doing some homework on the keynote speaker. Google is your friend. Check out the facilities – Is it a big conference center? If so, then you know it’s going to be a colossal elephant stampede of people trying to get there and back to their hotels each day, right? Research mass transit options. In NYC, for instance, there’s a crosstown bus three blocks from the Javits Center that no one ever bothers to use. (The M42.) Instead, they pay $50 for a cab or surge pricing for an Uber, and waste an hour of their life waiting for it. Dunno about you, but I’d rather be back at my hotel in the gym, or at least showering for dinner before the rest of the show has even gotten into their expensive ride to their hotel.

Want to know the best way to find out who else will be attending the conference? Why not ask the conference organizers? Sure, not all of them will comply, but if you email the right person with a good reason, you’d be truly amazed how many of them will share not only the list of those attending, but their contact info, as well! From there, it’s easy to sort out to who it’s worth reaching out, and to who it’s not. In fact, sometimes they’ll even include the speakers on that list, as well! Imagine getting to the keynote before it starts and introducing yourself to the speaker in-person, and she knows who you are? You’re already ahead of the game! Which brings us to: 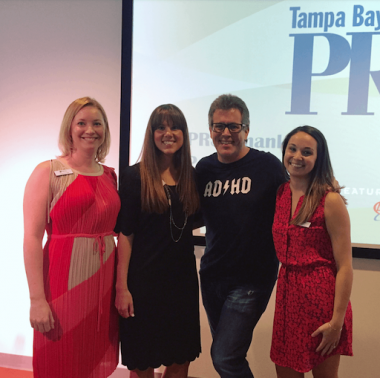 TIP TWO: BE THE OPPOSITE OF THE CROWD! Ever watch a keynote speaker finish? The entire audience bum-rushes him or her, each trying to get twenty seconds to plead why they’re important. Think the keynote is going to remember any of them? Nope. Not because they don’t want to, but because it’s impossible. Could you remember the sixty people you’ve just met in six minutes? Doubtful.

Instead, find the speaker before he speaks. Don’t launch into a soliloquy about why he should focus on you, but rather, have a business card ready (on which you’ve written “I’m the person you spoke to before you spoke,) and ask for theirs. Mention how you’re looking forward to hearing their talk, and wish them good luck. When the speaker gets home and you reach out a week later, you’re no longer one of the many who approached him after, but rather, the one memorable one who reached out before. Why doesn’t everyone do this? I have no idea. I also couldn’t care less. I do it, and it works for me. Those who do something different, get remembered, not simply recalled. (Tweet this!)

TIP THREE: IT’S ALMOST ALWAYS WORTH SPENDING A LITTLE EXTRA! I can’t tell you the amount of times $20 has saved my life. Have a dinner reservation for six of your top clients at the conference, or even a casual dinner for four people at a talk you want to impress? Visit the restaurant the day before, around the same time, introduce yourself to the maitre’d, and express that you really, really want things to go well. This isn’t shameful, this isn’t boastful. (Boastful would be doing this in front of your guests.) You’re simply conducting a business transaction that guarantees the business transaction you care about the following night will go off without a hitch. Besides, being remembered as you walk in, being greeted by name with a smile by the Maitre’d, and being taken with your guests right to your table? it just looks awesome. It’s memorable. 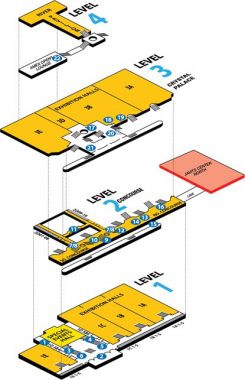 TIP FOUR: VIRTUALLY WORK THE CONFERENCE BEFOREHAND, SO YOU CAN WORK THE ROOM WHEN YOU’RE THERE. Every single event space, whether a conference center, a hotel suite, or even a ballroom, has photos online, along with different types of seating arrangements. Go online and figure out which one will be used for your event, and plan accordingly where you’ll sit, where you’ll schmooze, where you’ll stash your stuff. Nothing worse than being the guy at the dinner speech who’s sitting in the back next to the kitchen. (Tip: If it’s a dinner with specific seating arrangements, there’s absolutely nothing wrong with asking to be seated somewhere else. Worst case? They say no. Do it nicely, though, and they rarely do.

TIP FIVE: BE THE PERSON WHO ALWAYS HAS THE STUFF OTHER PEOPLE WANT. You know who the most popular person is on an airplane that’s an hour from landing in a different country? The person who has more than one pen. At the transit station? The person who has a fully loaded transit card. At the hotel, or the taxi line? The person with a wallet full of ones for tipping. (Or even better, twos – You can still get two dollar bills at banks, and they make awesome tips and conversation starters.) Ask yourself what you always need most over the course of your event, and have a lot of them. You’ll be the most popular person there, and the most popular person usually gets what he or she wants. By the way – Loading up on pens from Amazon costs almost nothing. Here’s 60 Bic ballpoint pens for like, $5 bucks or something.

Tip Six:  (Easiest and most important) Be early to EVERYTHING, and take care of yourself. I’m continually amazed by the number of people who don’t do the research above, and then blame something else for the reason they’re a half hour late to their meeting at the conference. Gee, if only there was a company who has mapped out THE ENTIRE WORLD AND CAN SHOW YOU TO THE SECOND HOW LONG IT TAKES TO GET SOMEWHERE. It’s not hard. Get decent sleep, take vitamins, try not to drink too much, and get to the hotel gym each day before the event. If you do nothing else here, do those few things. You’ll be light years ahead of the competition, long before the event starts, and you’ll stay ahead long after it’s over.

Bonus tip: Go to Costco or BJ’s Wholesale Club before you leave, and buy several bags of M&Ms. Then read this article to learn what to do with them, and apply it to your own situation during your event.